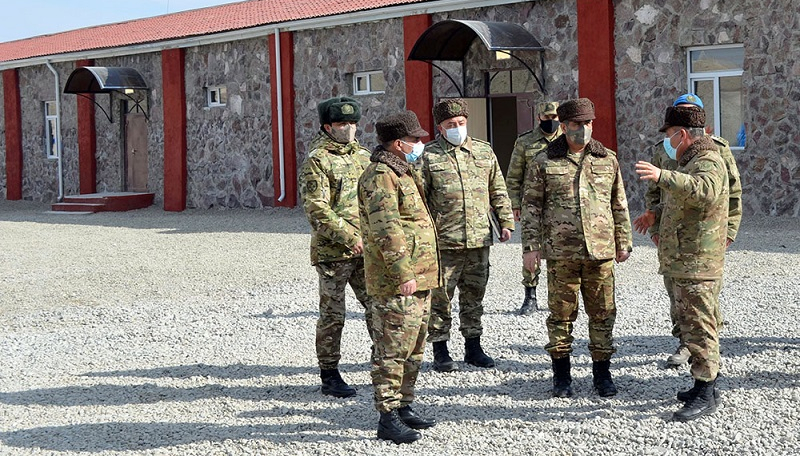 Under the instruction of Azerbaijani President, Supreme Commander-in-Chief of the Armed Forces Ilham Aliyev, activities on creating a military infrastructure that meets modern standards and increasing the combat readiness of units continue as part of the reforms carried out in the Azerbaijan Army, the Defense Ministry told News.Az.

It was reported that exercises to improve combat training and tactical-special skills of servicemen serving in these units taking into account the purpose of commando and other types of troops are conducted at the center.

Training points adapted to real combat conditions have been built at the center for the practical application of modern combat methods.

Necessary conditions have been created to improve the combat skills of servicemen, as well as to increase their physical and fire training in any weather conditions.

Moreover, servicemen are trained to fight, organize an ambush, and conduct reconnaissance operations in difficult mountainous conditions, as well as to carry out operations and counter-terrorism activities in human settlements.

The ministry’s leadership then got acquainted with the recently built headquarters building.

It was noted that the building of the center`s headquarters meets the requirements of modern standards. The building has classrooms, administrative and office premises for servicemen. All rooms are fully equipped with necessary furniture and appliances, including visual aids.

The building is supplied with a central heating system, electricity, water, and communications. Landscaping work has been carried out in the area.

Minister Hasanov then attended the opening of a new military barrack for servicemen in the center. The new building is provided with weapons, ideological, amenity and other premises. The barrack has all the conditions for living, recreation, and effective organization of leisure for military personnel.

The minister gave relevant instructions on the study of modern training methods using the experience gained in the Patriotic War, their application in combat training, and implementation in accordance with existing conditions.