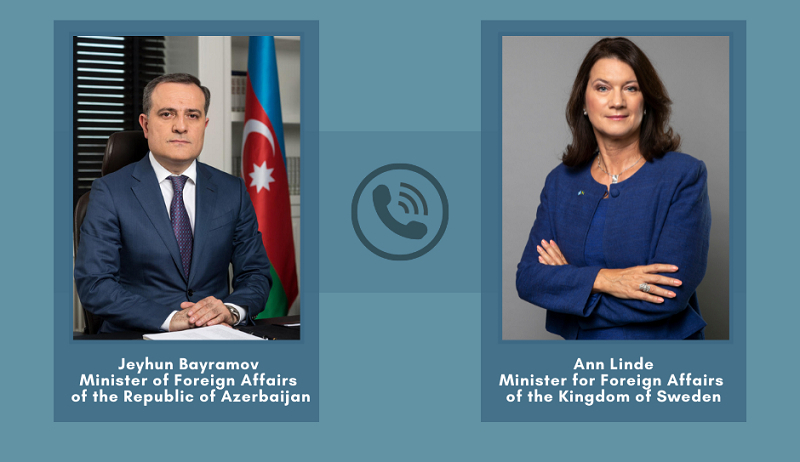 Linde expressed concern over the tensions on the Azerbaijan-Armenia border on November 16 and called on both sides to refrain from escalating the situation and engage in a constructive dialogue.

Minister Bayramov noted that the tension was the next in a series of provocative steps taken by Armenia. Thus, the minister provided detailed information about the military provocations committed by Armenia since November 8, and, in particular, brought to the attention of the opposite side the fact of the illegal visit of the former Minister of Defense of Armenia to Azerbaijani territories, the concentration of about 60 personnel of the Armenian Armed Forces on the road leading to the positions of the Azerbaijani army in the Lachin region, the attack of Armenian terrorists on the Azerbaijani post near Shusha, the continuing shelling by the Armenian armed forces of the positions of the Azerbaijani Army in the Kalbajar and Lachin regions. It was stressed that the Armenian military-political leadership is directly responsible for the escalation of the situation in the region and obstruction of the implementation of the trilateral statement.

Bringing to the attention of Minister Linde that Armenia did not respond to Azerbaijan's appeal to start the delimitation process on the basis of the principles of international law, Bayramov said that there is no alternative to resolving the issue through constructive dialogue.

During the telephone conversation, the ministers also exchanged views on preparations for the OSCE Ministerial Meeting in Stockholm, as well as other issues of mutual interest.