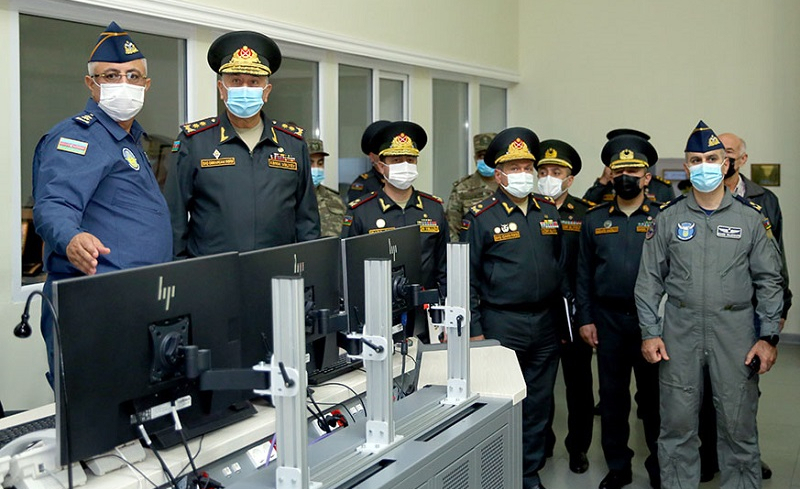 Deputy Minister of Defense - Commander of the Air Force, Lieutenant General Ramiz Tahirov reported to the Chief of Staff on the activities of the command post, equipped with modern automated control systems. It was noted that the Central Command Post, equipped with the latest technological equipment, ensures the operational implementation of combat tasks by the Air Force.

It was noted that during the Patriotic War, the command post provided uninterrupted control of battles and control over the successful implementation of combat tasks of army aviation. This ensured the maintenance of air superiority of the Azerbaijan Air Force over the enemy during the combat operations.

Then the Chief of General Staff visited the Satellite Control Center.  It was noted that taking into account security measures, the satellite communication system operates mainly via the satellite of Azercosmos OJSC.

The Chief of General Staff conveyed the relevant instructions of the Minister of Defense to the relevant officials to ensure stable and secure communication between our troops stationed in the liberated territories.