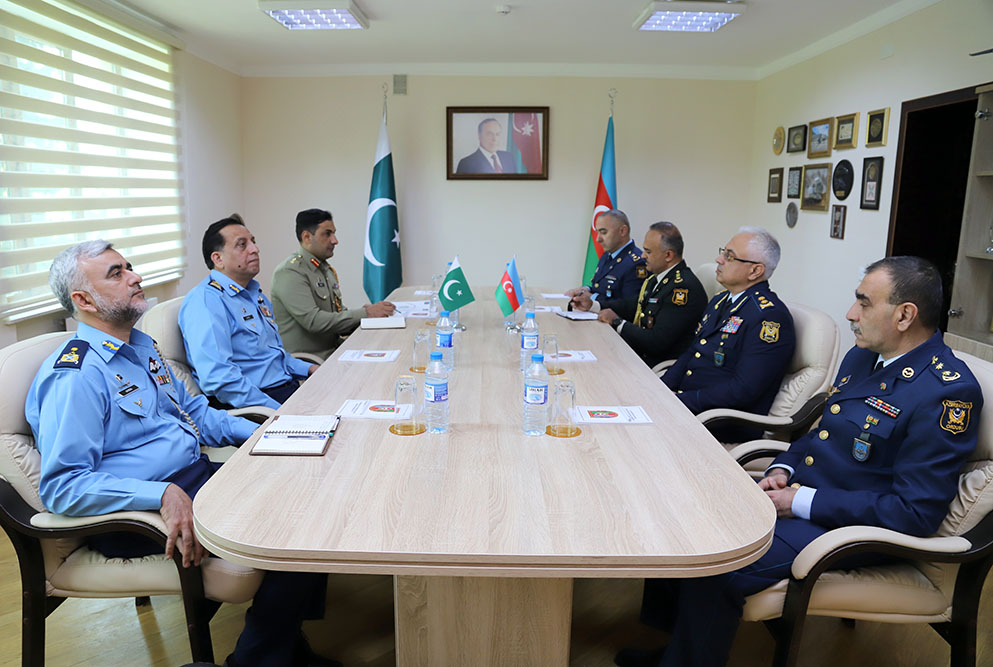 On June 29, Deputy Minister of Defense of the Republic of Azerbaijan - Commander of the Air Force, Lieutenant General Ramiz Tahirov, met with a delegation led by the Commander of the Air Force of the Islamic Republic of Pakistan, Air Marshal Zaheer Ahmad Babar Sidhu. The Pakistani delegation is on an official visit to Azerbaijan, News.az reports citing the Ministry of Defence.

Welcoming the guests, Lieutenant General R. Tahirov emphasized that the development of cooperation between the two countries in the field of military aviation has made an important contribution to further strengthening the combat capability of both countries’ armies.

In his turn, Marshal Z. Sidhu noted that the study of Azerbaijani military pilots at the Pakistan Air Force Academy, as well as the training of his country's Air Force helicopter crews in Azerbaijani aviation training centers is a clear example of successful cooperation between the two countries in the field of military aviation.

The sides exchanged views on the prospects for the development of cooperation between the Azerbaijani and Pakistani Air Forces and discussed issues of mutual interest.