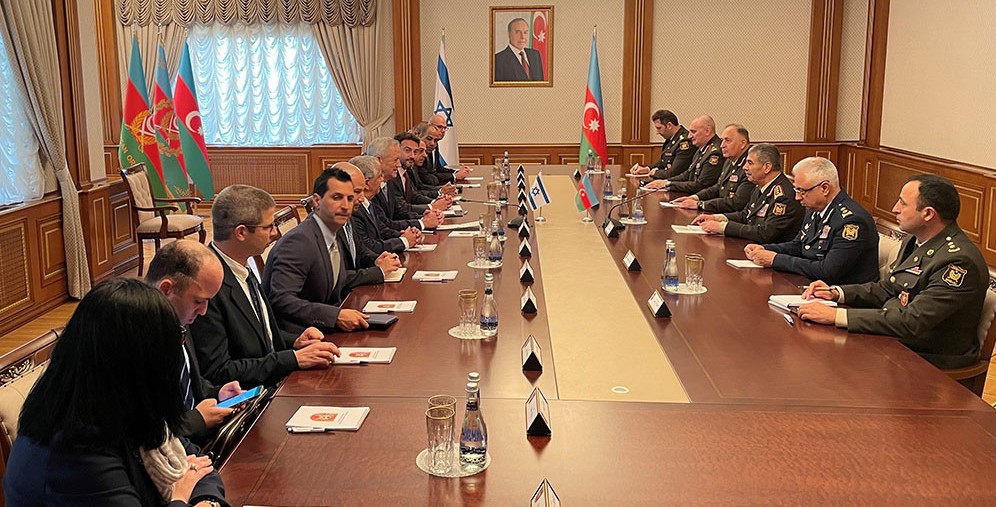 Before the meeting, the Israeli delegation visited the Alley of Shehids and paid tribute to the memory of the heroic sons of the Motherland, who sacrificed their lives for the independence and territorial integrity of Azerbaijan, as well as laid a wreath at the Eternal Flame monument.

Then an official welcoming ceremony was held at the Ministry of Defense.

The Israeli Defense Minister passed along the guard of honor and the national anthems of both countries were performed. The “Book of Honor” was signed in accordance with the protocol.

Welcoming the guests, Colonel General Z. Hasanov emphasized that the high level of partnership between the countries plays a significant role not only in the development of the two states but also in ensuring security in the whole region.

Expressing gratitude for the sincere meeting, Mr. B. Gantz, in his turn, stressed the importance of further developing military cooperation and holding such meetings.

The meeting discussed prospects for the development of cooperation between Azerbaijan and Israel in the military and military-technical spheres, the organization of working meetings at the level of military specialists of different qualifications, and other issues of mutual interest.