Azerbaijan and China discuss cooperation in the field of sport 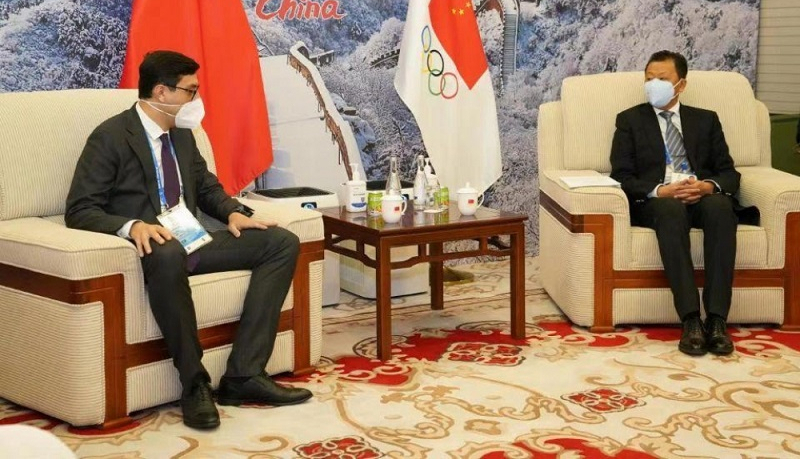 Azerbaijan’s Minister of Youth and Sports Farid Gayibov has met with Deputy Director of the State General Administration of Sport of China, Chinese Olympic Committee Vice-President Li Yingchuan as part of his three-day visit to Beijing, News.Az reports.

The sides discussed issues of cooperation between the two countries in the field of sports as well as the organization of the Olympic Winter Games.

During his strip, Minister Farid Gayibov watched a number of sports competitions at the Beijing Winter Olympic Games. The minister will also watch the performances of figure skaters representing Azerbaijan - Vladimir Litvintsev and Ekaterina Ryabova, who will join the competition at the Winter Olympic Games today.