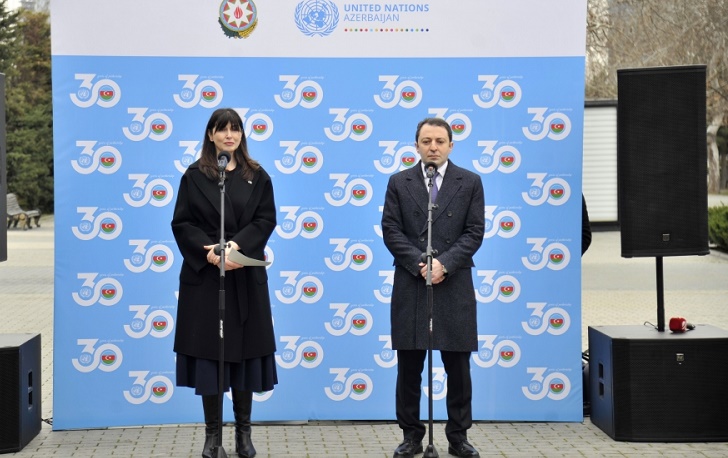 A photo exhibition dedicated to the 30th anniversary of the UN-Azerbaijan partnership was held on March 2 in Baku.

"Today marks the 30th anniversary of the establishment of cooperation between Azerbaijan and the United Nations. Thus, on March 2, 1992, the Republic of Azerbaijan was accepted as a member of the UN," the organization's Resident Coordinator in Azerbaijan Vladanka Andreyeva said at the opening ceremony, a correspondent of News.Az reports from the event.

"From this day on, we start implementing the annual campaign. On the day of the 30th anniversary of our cooperation, 100 photos reflecting the effective cooperation between the parties will be displayed here," she added

According to UN official, during these 30 years, Azerbaijan has achieved great success and has always followed the approved UN agenda.