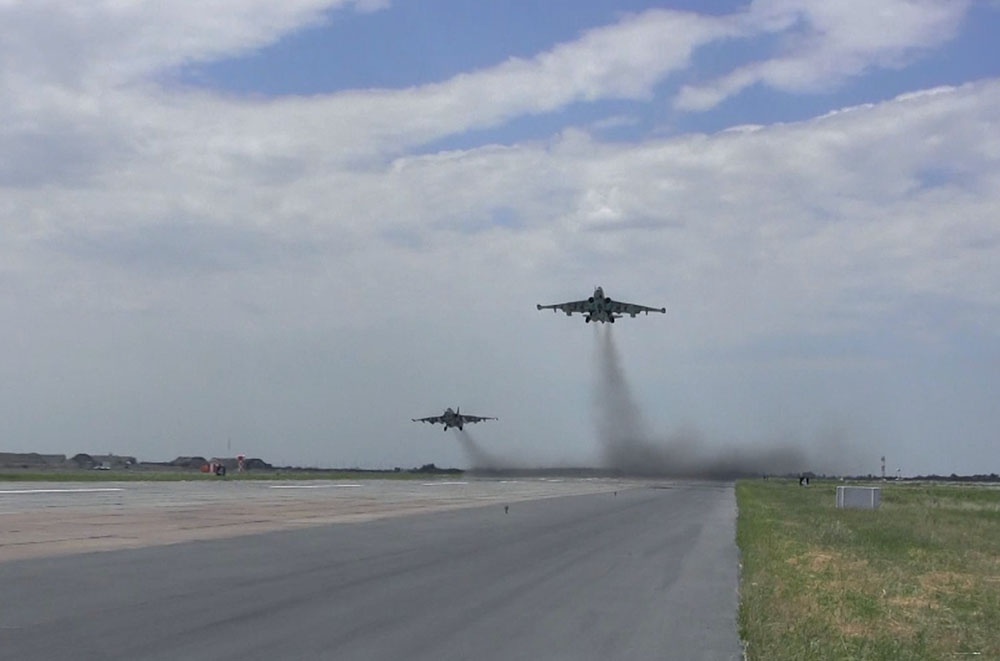 Frontal and army aviation of the Azerbaijani Air Force conducted live-fire flight-tactical exercises in accordance with the combat training plan for 2020, approved by the country’s defense minister.

As part of the exercises conducted to improve the combat skills of military pilots, Air Force combat aircraft pilots carried out practical firing, the Defense Ministry informed on Monday.

Pilots, bypassing the Air Defense means and using the terrain features, performed maneuvers at various heights, and carried out a bombing attack of the combat positions of the imaginary enemy. Besides that, command and observation points, artillery firing positions, observation posts, as well as single and group targets imitating the armored vehicles of the imaginary enemy were destroyed.

During the exercises, the pilots also conducted aerial reconnaissance with the determination of the coordinates of the land-based targets of the imaginary enemy.