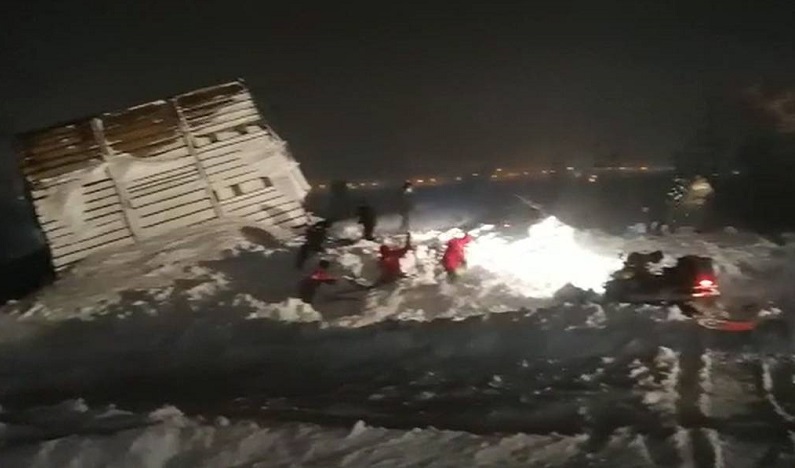 An avalanche has collapsed near Norilsk, with five people feared trapped under the snow, a source in emergency services told TASS.

"An avalanche has collapsed near Norilsk, with preliminarily five people, including two kids, [being] trapped under the snow," the source said.

A representative of the press service of Russia’s Emergencies Ministry told TASS that a snowdrift occurred in the area of the ski resort Gora Otdelnaya (Separated Mountain) at 8:30 pm Moscow time. Five houses with people inside were snowed in.

People could only be in one out of five avalanched houses at Gora Otdelnaya (Separated Mountain) ski resort in Norilsk, a source in the press service of the regional office of Russia’s Emergencies Ministry told TASS.

"According to preliminary information, people were probably in one house," the source said.

A source in emergency services told TASS that a family with kids was staying in it.