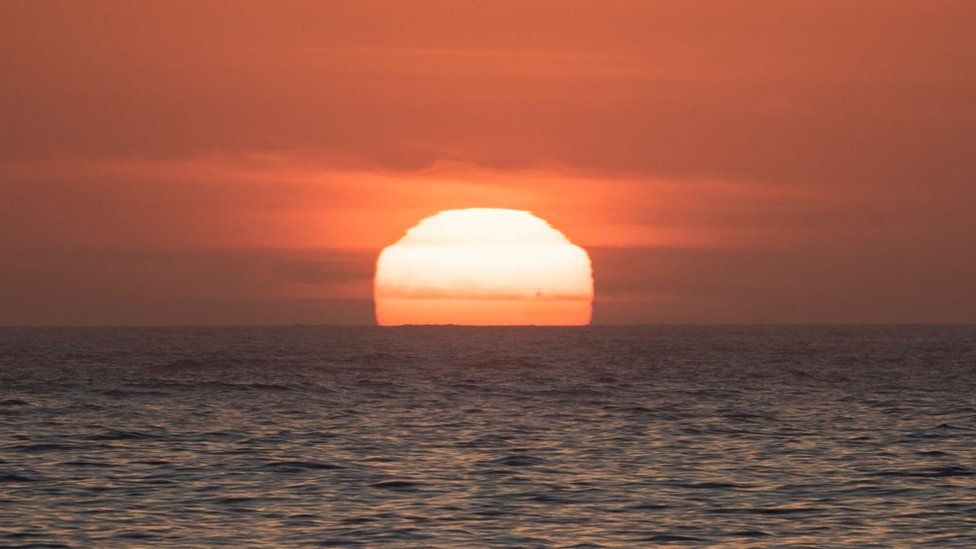 The temperature in Onslow, Western Australia, on Thursday matched a record set in 1962 in South Australia.

Onslow and the surrounding areas could see records broken again with temperatures set to rise slightly on Friday.

One fire near Margaret River scorched through more than 6,000 hectares of land, forcing evacuations.

The Bureau of Meteorology confirmed on Thursday that Onslow equalled the record at 14:26 local time (22:26 GMT).

According to local media, the average temperature in Onslow at this time of year is 36.5C.

Two other towns, Mardie and Roebourne, reported temperatures of more than 50C on Thursday.

Luke Huntington, of the Bureau of Meteorology, said that a build-up of hot air in the region had been caused by a lack of thunderstorms.

He said people take "extra care to stay indoors with air conditioning, or if they have to be outdoors, to stay in the shade and keep up with fluids".

Heatwaves are becoming more likely and more extreme because of human-induced climate change.

The world has already warmed by about 1.2C since the industrial era began, and temperatures will keep rising unless governments around the world make steep cuts to emissions.