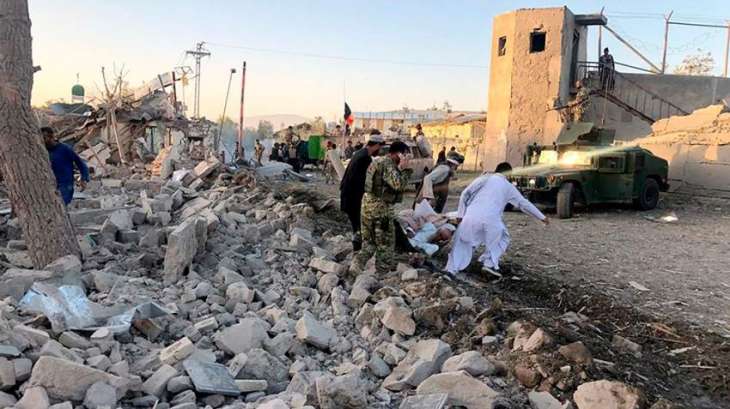 At least 23 people have been killed and 33 injured in the deadly attack in Kabul targeting the ceremony attended by former Chief Executive Abdullah Abdullah, sources at the Mohammed Ali Jinnah hospital said, Sputnik reported,

The numbers are not final, and the number of the dead and injured may rise, the sources added.

Earlier, a ceremony in Kabul, with Abdullah Abdullah in attendance, was attacked, a Sputnik correspondent reported Friday, but the former chief executive of Afghanistan was unharmed in the firing. No group has claimed responsibility for the incident.

"Abdullah Abdullah wasn't harmed and he is in a safe place", his spokesman Mujiburahman Rahimi said.

According to unconfirmed witness reports, Chairman of the Afghan High Peace Council Karim Khalili was killed in the attack, but his relatives have not confirmed this.

Afghan President Ashraf Ghani has slammed the attack as a “crime against humanity”, his spokesman said.

The Taliban group has denied any involvement in the Friday attack on a ceremony in Kabul, attended by former presidential candidate and ex-Chief Executive Abdullah Abdullah, Taliban spokesman Zabiullah Mujahid told Sputnik.