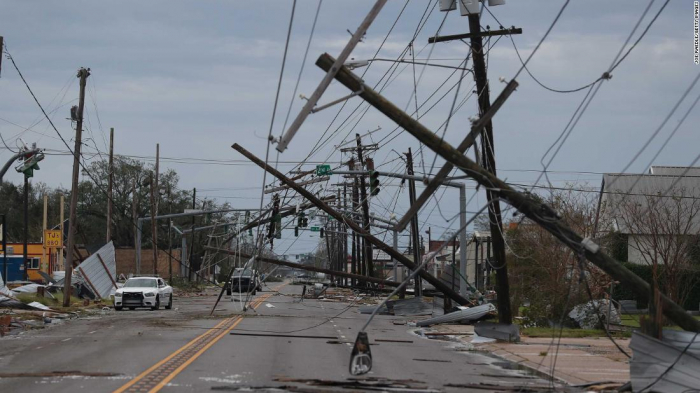 At least four people have been killed by falling trees as Hurricane Laura battered the US state of Louisiana.

Winds of up to 150mph (240km/h) caused severe damage, with power cuts to more than half a million homes and a chemical fire from an industrial plant.

But the feared 20ft (6m) storm surge was avoided as the hurricane, one of the state's biggest, tracked east.

Laura has now been downgraded to tropical storm status as it heads to the Arkansas border.

President Donald Trump was briefed at the Federal Emergency Management Agency (Fema) in Washington and said he would go to the area at the weekend.

He said he had been prepared to postpone his speech at the Republican National Convention later on Thursday to travel to the region but added: "We got a bit lucky. It was big and powerful but it passed quickly."

The victims, killed in separate incidents by trees falling on their homes, included a 14-year-old girl in the Leesville area.

Laura and another storm, Marco, earlier swept across the Caribbean, killing 24 people.