At least 25,000 people displaced after volcano eruption in DR Congo 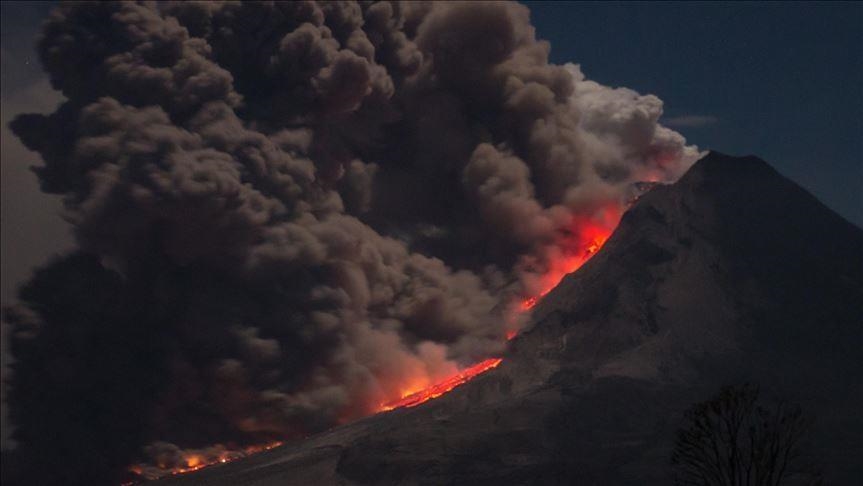 At least 25,000 people have been displaced following Mt. Nyiragongo's eruption in the eastern part of Democratic Republic of the Congo (DRC) on Saturday night, UNICEF said on Sunday, Anadolu Agency reports.

In a statement, UNICEF said more than 150 children have also been separated from their families and 170 children are feared to be missing as people fled the city of Goma following the eruption.

Nyiragongo, one of the world's most active volcanoes, erupted and forced more than 5,000 of residents in North Kivu’s Goma to flee to nonboring Rwanda on Saturday night.

“At least 25,000 were displaced in Sake, 25 km (15.5 miles) north-west of Goma,” UNICEF said, adding that most people are slowly making their way back home since the lava has stopped flowing on Sunday morning.

"It is not yet clear how many households have been affected by the eruption in the Nyiragongo Territory, north of Goma. Scores of children in the area near Goma’s airport have been left homeless and destitute. At least five deaths were directly related to the eruption in Buhene, Kibatshi and Kibumba," according to the statement.

During an emergency meeting on Sunday in Goma, the DR Congo authorities decided to evacuate the population from the red zone to more secured areas.

At least 250 people were killed when Nyiragongo last erupted in 2002 and 120,000 were left homeless after lava flowed into Goma.