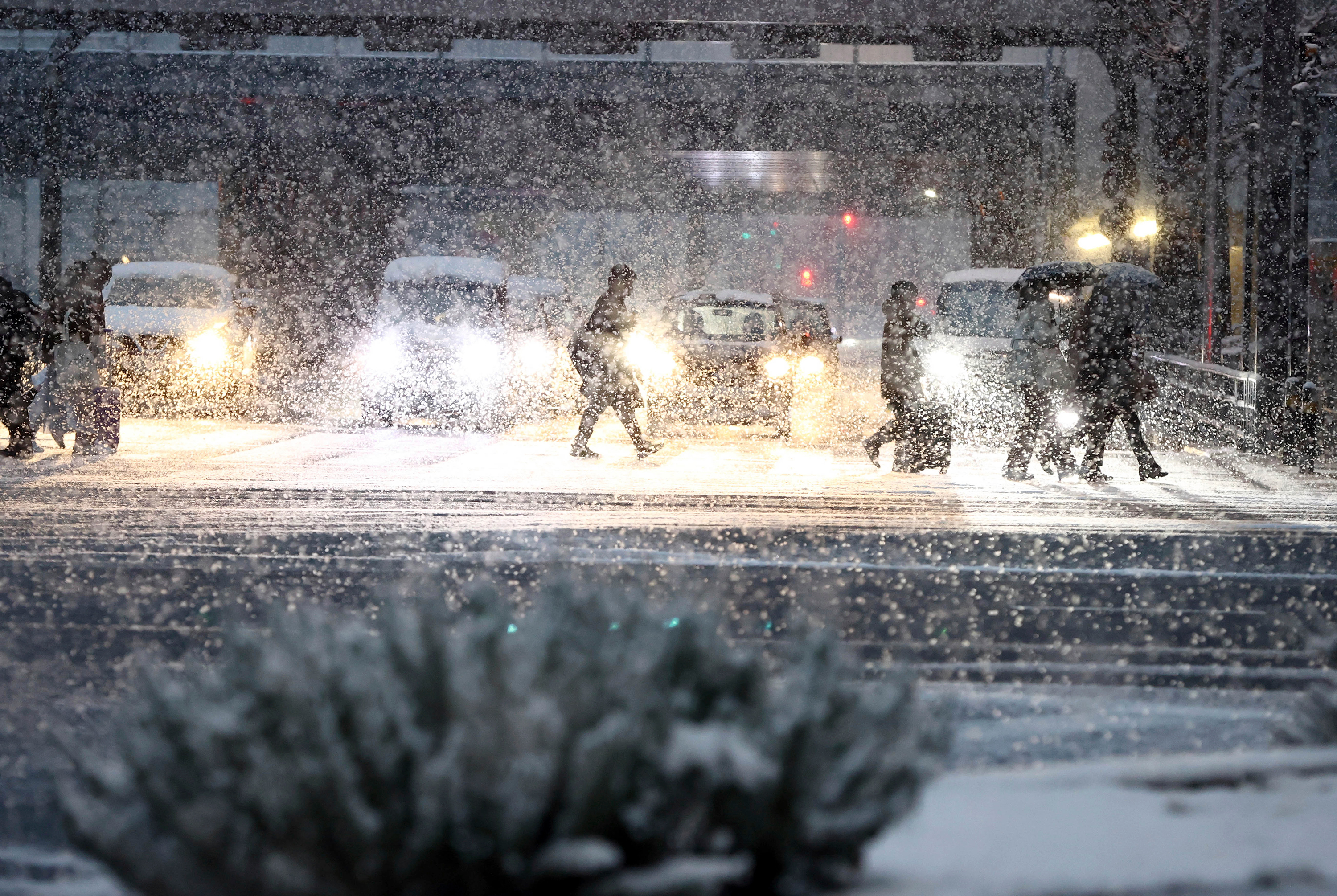 Airline companies have cancelled a large number of flights to and from Tokyo's Haneda Airport on Thursday due to expected heavy snowfall, News.Az reports citing NHK World-Japan.

The companies say more flights could be canceled depending on the weather condition. They are calling on people to check updated information on websites.

Officials at Haneda Airport are bracing for heavy snowfall following the Meteorological Agency's forecast for Thursday and Friday, predicting that snow may accumulate in central areas of Tokyo.

Workers at the airport checked vehicles designed to remove snow on wings and other parts of airplanes by blowing special de-icing fluid. They tested the vehicles' boilers to warm the liquid, checked the nozzles to eject it and test-lifted gondolas. All Nippon Airways has 32 such vehicles in readiness.

Railway companies are also on alert. JR East has cancelled 67 limited express trains including Kaiji and Azusa. These trains connect Tokyo or Chiba Prefecture with Yamanashi or Nagano prefectures.

JR and other railway companies in the metropolitan area expect to operate services as normal. But they say major delays and cancelations may occur depending on the snowfall. They are calling on people to check the latest information on train timetables.