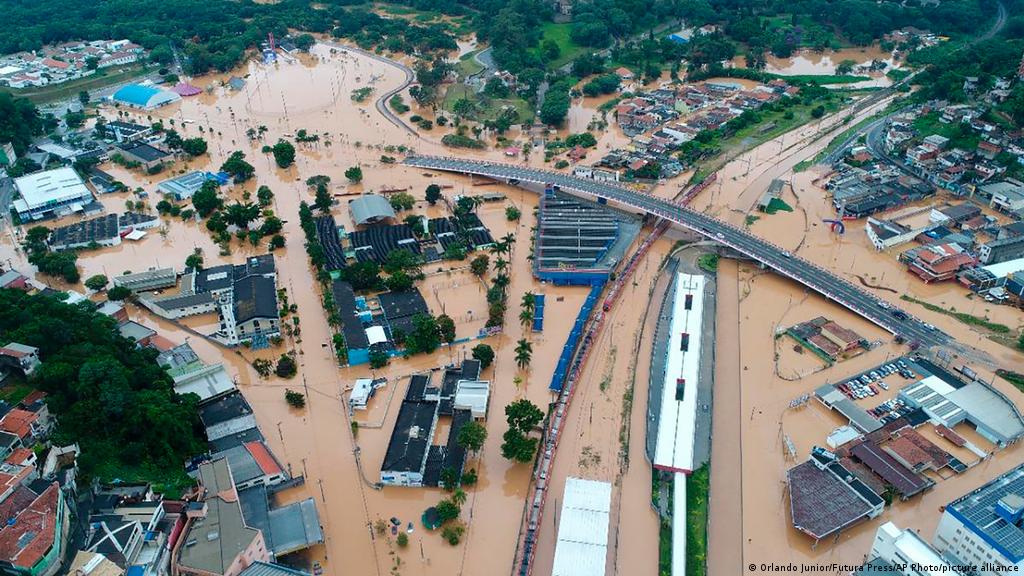 At least 18 people have been killed due to flooding and landslides caused by heavy rains in the Brazilian state of Sao Paulo, Governor Joao Doria said on Sunday, News.Az reports citing Xinhua.

"I am following with great sadness the damage caused by the heavy rains. My solidarity is with the families and friends of the 18 victims. We are working on rescues and I have authorized the release of resources to help those affected," Doria said on social media.

Among the people who died from the storms this weekend were 11 adults and seven children, while about 500 families had to flee their homes, according to the local fire department.

The deaths were recorded in the municipalities of Francisco Morato, Franco da Rocha, Varzea Paulista, Aruja, and Embu das Artes, all in the metropolitan area of Sao Paulo and in the city of Ribeirao Preto.

In Varzea Paulista, a couple and their three children died, including a one-year-old baby, when the hillside where their home was located collapsed on Sunday morning.

Additionally, the town of Franco da Rocha was flooded when the Juquery River and the Ribeirao Eusebio stream overflowed, while in Bauru, the rains opened a sinkhole in the middle of a road.