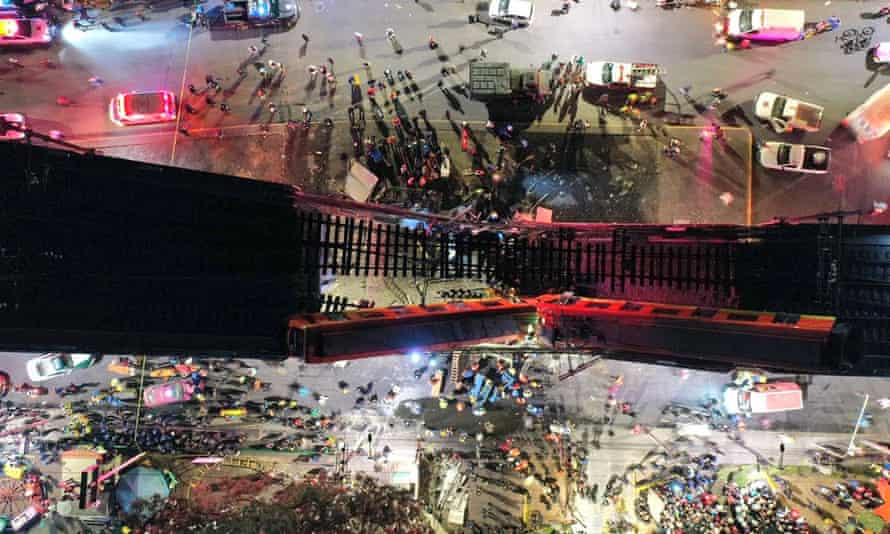 At least 23 died, dozens were injured when an elevated metro line collapsed onto a road in the Mexican capital Monday, authorities said Monday, AFP reports.

Carriages were seen hanging from the overpass in a tangle of twisted cables with the ends pointing toward the ground in a V-shape.

"Unfortunately there are 23 deceased," including minors, Mexico City Mayor Claudia Sheinbaum told reporters at the scene in the south of the capital.

Around 70 others were injured in the dramatic accident, one of the worst to strike the Mexico City metro since it was inaugurated in 1969.

Anxious relatives gathered at the site awaiting news of those believed to have been aboard the train.

Efrain Juarez said that his son was in the wreckage.

"My daughter-in-law called us. She was with him and she told us the structure fell down over them," he told Agence France-Presse (AFP).

Another man who did not give his name said that his brother was among those trapped.

"He came with his wife and they managed to get her out, but he was crushed there and we don't know anything," he said.

Dozens of emergency workers were seen trying to rescue victims from the carriages.

But the work later had to be paused because of fears the wreckage was too unstable.