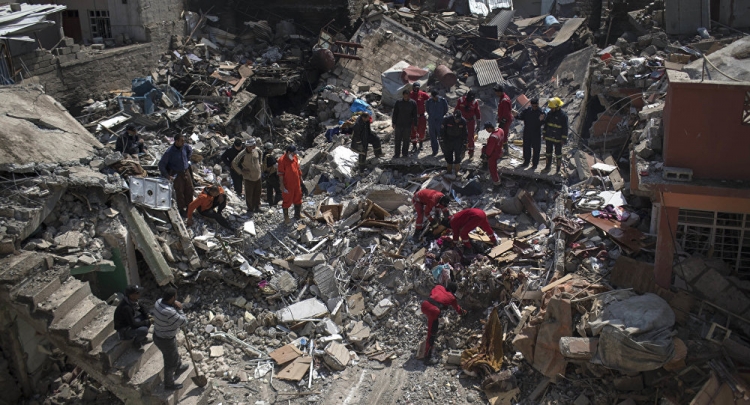 At least 112 bodies have been retrieved from the site of a March 17 airstrike by the US-led coalition in western Mosul, US media reported Monday, citing a senior Iraqi health official Ahmed Dubardani, APA reports quoting sputniknews.

The bodies, which had been pulled over the past three days, were buried at al-Mamoun cemetery in western Mosul, the CNN broadcaster reported.

The Iraqi media reported about the death of about 200 civilians as a result of the airstrike carried out on the Daesh terrorist group's (banned in Russia) positions in Mosul. The coalition said in a press release on March 26 that a formal assessment had been opened to determine the validity of allegations on civilian casualties.

The US-led coalition of 68 nations is conducting airstrikes against Daesh terrorists in Syria and Iraq. The strikes in Iraq are conducted in support of the Iraqi government, but those in Syria are not authorized by the UN Security Council or the government of President Bashar Assad.