At least 106 dead in rain-triggered incidents across Pakistan 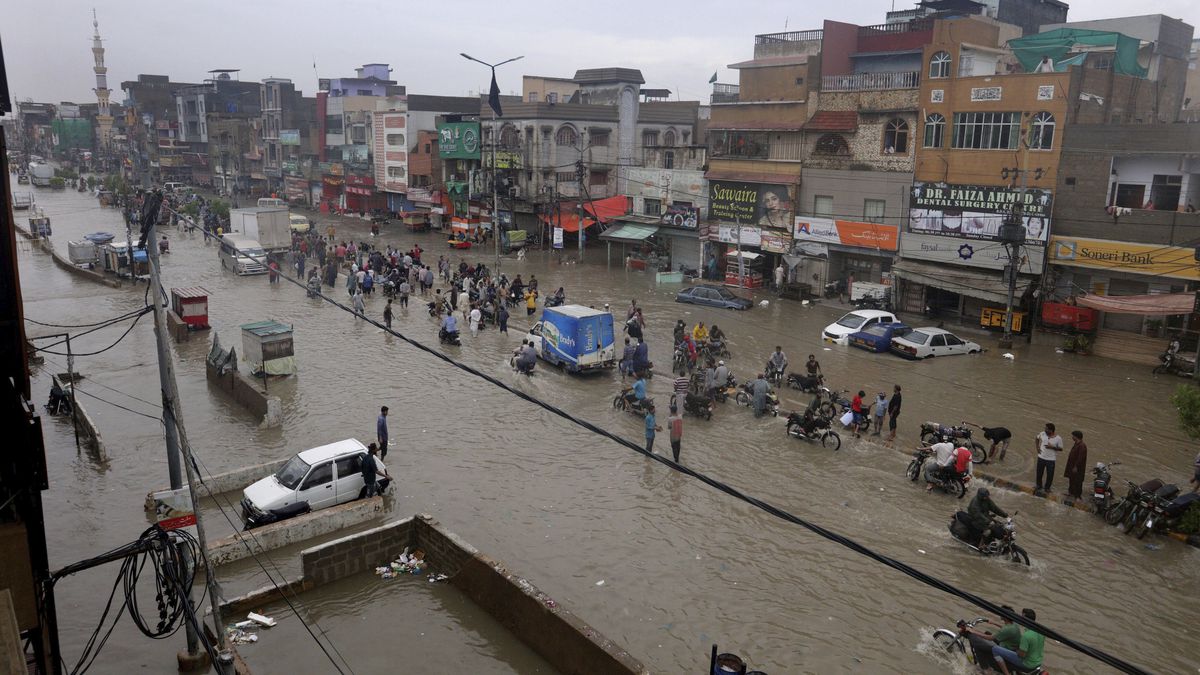 At least 106 people have been killed and 52 injured since June 15 in separate incidents triggered off by torrential monsoon rains in Pakistan, the National Disaster Management Authority (NDMA) said in a report, Xinhua reports.

South Sindh province was the worst hit where 34 people were killed and nine others injured in the rain-related incidents, the authority said, adding that 24 houses were also damaged in the heavy downpour.

Meanwhile, Chief Minister of Sindh Syed Murad Ali Shah told a press conference on Friday that 80 people were killed in rains in the province with 47 fatalities in provincial capital Karachi alone.

He said 604-mm rainfall was recorded in Karachi during August, breaking years-long record of heavy rains in the city during the month.

A total of 29 people were killed, and a same number of others injured with 196 houses being destroyed in the northwest Khyber Pakhtunkhwa province, the NDMA said, adding that two bridges and three mosques were also swept away by the waters gushing through the residential areas, roads and open fields.

The rains caused a disastrous situation in southwest Balochistan province where scores were left homeless after their houses were swept away by flash floods triggered off by lashing rains. The NDMA said that 15 people were killed, seven others injured and 907 houses damaged in the pouring rains.

In east Punjab province, north Gilgit-Baltistan region and Pakistan-controlled Kashmir, 12, 10 and six people were killed in accidents caused by the rains, respectively. About seven people were also injured in the areas, the authority said.

The monsoon winds are the major source of downpour in the country during the months of July-September. The rains also cause destruction in the country almost every year, inundating low-lying areas and sweeping away the houses located near river banks.