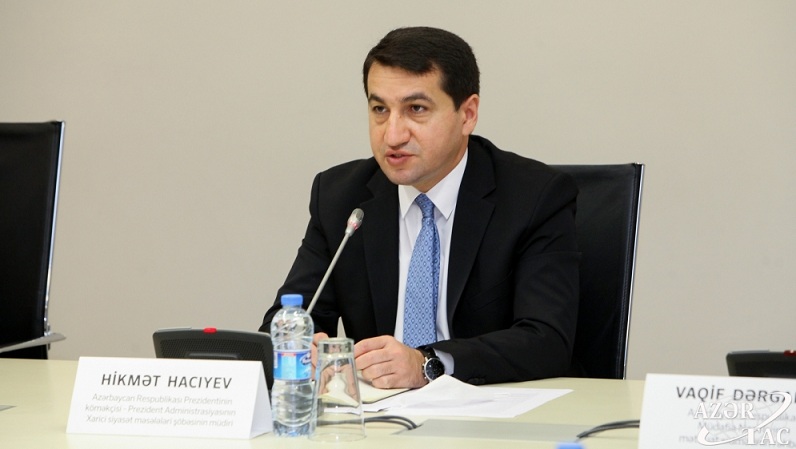 The Azerbaijani army achieved a great strategic advantage by liberation of the Murov peak of the Murovdag mountain range by the Azerbaijani troops in the direction of Goranboy district of the front as a result of the military operation, Assistant to the President of Azerbaijan, Head of the Department for Foreign Policy Affairs of Azerbaijan’s Presidential Administration Hikmat Hajiyev said, Trend reports.

“The Azerbaijani army carried out a very successful operation in this direction,” Hajiyev stressed. "Nagorno-Karabakh is a historical Azerbaijani land, and we will bring victory here!"

Hajiyev reminded that Armenia has been carrying out an occupation policy against Azerbaijan for more than 30 years and today Armenia receives a worthy rebuff.

"The Armenian armed forces suffered big losses,” assistant to the president added. “The public will be additionally informed about the development of the situation."

As a result of the operation, the Vardenis-Agdere military road, connecting the occupied territories of Azerbaijan with Armenia, was taken under visual control and firing points of small arms and artillery installations were also controlled.

The military advantage makes it possible to stop the supply of military cargo along the route from Armenia to Kalbajar and Agdere districts.