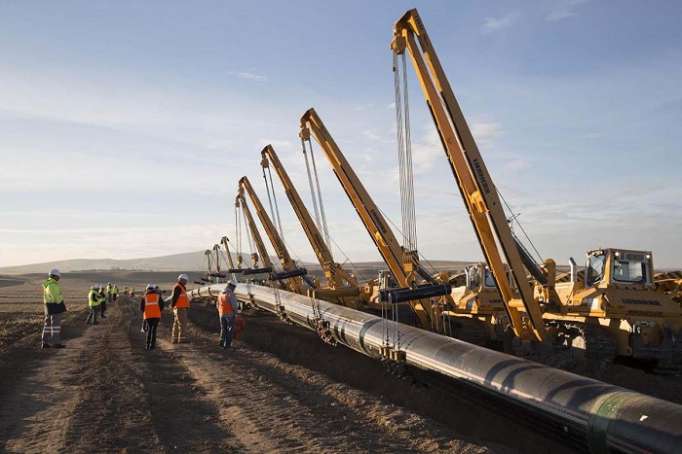 The first serious military confrontation between Armenia and Azerbaijan since the four-day April 2016 war happened on July 12, 2020. It is very interesting to ask why Armenia attacked Azerbaijan in the direction of Tovuz on the Azerbaijan–Armenia border. To answer this question, it should be underlined that there could be the main goal of the Armenian leadership.

From a geographical and economic standpoint, export of energy resources from Azerbaijan to the Black Sea was a rational choice, and the country managed to export its Azeri Light brand oil to the international energy markets via the BTC pipeline. From the pipeline becoming operational in June 2006 up to the end of the first quarter of this year, it had exported a total of 3.41 billion barrels of crude oil to global markets. Briefly, the BTC pipeline was more than just an economic project as it gave impetus for economic, political and security cooperation with Turkey as well as tangible integration with Europe.

Today, Azerbaijan is also becoming an important net gas producer, and the country is interested in deepening its energy relations with the West; the discovery of the giant Shah Deniz field in the Caspian Sea has given impetus to this initiative. Being a net natural gas exporter, transit infrastructure is necessary to export Azerbaijani natural gas to the Turkish and the European energy markets. For this reason, the four projects of the SGC are crucial investments and are some of the key factors in the efficient management of energy resources in the country. To export Caspian gas to European energy markets, Azerbaijan initiated another energy megaproject named the Southern Gas Corridor (SGC). The total length of all segments will be 3,500 km from Baku through Georgia, Turkey, Greece, and Albania to the south of Italy.

It is worth underlying that natural gas sector is very important for Turkey, because this sector contributes to economic development. In 2019,  Azerbaijan and Turkey finalized the final phase of the TANAP pipeline which will carry Azerbaijani gas from SD Stage 2 to Turkey and Europe. The SGC was launched in May 29, 2018, in Baku, and the official inauguration ceremony of TANAP was held in June 2018 in the city of Eskisehir. 21 TANAP is also important for Turkey because Turkey will meet the growing demand for natural gas and become a transit country. Energy projects turn Turkey into a regional energy hub and increase its geopolitical importance.

If one analyze the Turkish domestic market for the same year then we can see that the total 45.285 bcm of gas was consumed. The major share of this gas was imported. Russia with 33.61% was the largest natural gas exporter, and after Russia came Azerbaijan with 21.20% share . Recently, Russia's share in the Turkish gas market has been declining.  In 2019, Gazprom's natural gas supplies decreased by 35%. One of the main reasons was the increased volume of Azerbaijani gas and LNG import. It should be underlined that Azerbaijan was the first in the Turkish gas market with 23.45% gas supply in March.

The SGC is planned to deliver Azerbaijan’s natural gas to Europe in 2020. The European part of the SGC is the Trans Adriatic Pipeline (TAP). It should be underlined that even the COVID-19 pandemic could not prevent the implementation of this project and, by the end of May this year, the TAP project was 96% complete. The first delivery of Azeri natural gas has been already introduced into a 4 km section of the pipeline in Albania, between the Greek-Albanian border and up to the TAP metering station in Bilisht on May 20, 2020.

Armenia’s attack in the direction of Tovuz on the Azerbaijan–Armenia border could be characterized as a threat to all inter-regional energy projects. Armenia should ask itself why it, as a country, has been isolated from all inter-regional projects. The April 2016 and July 2020 clashes illustrated that Armenian aggressive policy only leads to escalation, which damages the peace process as well as leading the negotiations down a blind alley.

In the end, it is obvious that Azerbaijan is a reliable partner for the West and contributes to the energy security of Europe. Azerbaijan expects real and serious progress toward a resolution of the conflict because the current status quo is preventing the process of full integration of the region as well as putting inter-regional projects at increased risk. So, the TANAP and TAP projects are strategic energy projects that support regional cooperation and energy infrastructure. The projects have both economic and geopolitical importance.  Azerbaijan-Turkey energy union is vital for the diversification of European gas supplies and routes.