Armenia’s phased plan to seize lands of its neighbors: Lori as another target 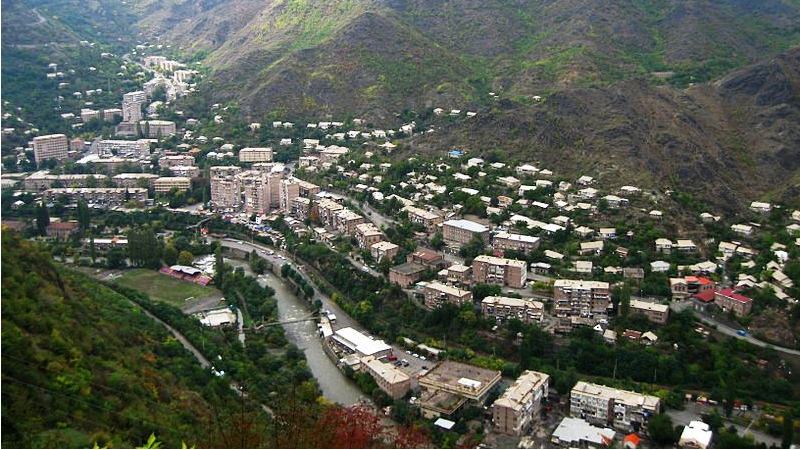 Armenia’s territorial claims against neighboring Azerbaijan, Georgia and Turkey have long been a major threat to the security of the South Caucasus and neighboring regions.

In this context, the history of the Lori-Pambak region, which is now part of Armenia, is poorly studied.

It should be noted that during the Medieval Period, these lands were part of Georgian state formations and empires, established by the ancestors of Azerbaijanis. This analytical material will touch on the period of the arrival in the region of Tsarist Russia (Russian Empire), which set the boundaries of the state formations it abolished.

It is noteworthy that the Georgian Kingdom (also known as Georgian Empire) and several Azerbaijani khanates were annexed to Tsarist Russia, that is, decrees, treatises and documents of that period do not mention any Armenian state formations.

Georgia became part of Russia according to the Treaty of Georgievsk (1801). Under the Gulistan (1813) and Turkmenchay (1828) Treaties, Azerbaijani khanates entered the Russian Empire.

Statistical data show that in the mid-18th century, about 70 percent of the population of Lori-Pambak was Turkic (Azerbaijani) Muslim and less than 30 percent – Armenian-Gregorian. At that time, the Georgian population was minimal in number. After the arrival of Tsarist Russia in the region at the beginning of the 19th century, the demographic situation began to change against the mass resettlement to Lori of Armenians from Turkey and Iran. By the middle of the 19th century, the Armenians were up to 90 percent of the population of Lori.

As for Lori, it can be said unequivocally that these lands belonged to Georgia during the period of Russian rule.

In 1918, after the Armenian-Georgian war, a neutral zone was established in Lori.

Only after the Sovietization of the region [Lori] on 7 July 1921, the Plenum of the Caucasus Bureau, with the participation of Stalin, as well as Svanidze and Mravyan, the people’s commissars of foreign affairs of the Georgian SSR and the Armenian SSR respectively, decided to annex the former neutral zone of Lori to the Armenian SSR.

Later we will touch upon the events that resulted in the loss of the Lori region by Georgia at the beginning of the 20th century after the First World War. The territory of the Lori “neutral zone” and its Armenian population was first used by Britons for their own purposes, and then by the Bolsheviks after the Sovietization of the region.

Segvard Harmandaryan, a Soviet historian of Armenian origin, noted: “During the domination of the counter-revolutionary bourgeois-nationalist parties in Transcaucasia in 1918-1920, in the wake of the escalation in interethnic relations that led to the war between Armenia and Georgia in December 1918, and satisfied the Western imperialists – the Entente and the United States, the so-called “Lori neutral zone” was established.” ("A valuable document about the Lori rebellion of 1921" by S. V. Harmandaryan – Bulletin of the Academy of Sciences of the Armenian SSR, No. 10, 1959).

Harmandaryan thoroughly described in his study how the Armenian uprising was provoked in the Lori neutral zone, which resulted not only in the seizure of this region, but the seizure of entire Georgia by the Bolsheviks.

The report notes that the neutral zone between Georgia and Armenia was formed as a result of the Armenian-Georgian war in 1918, when the British intervention put an end to this bloodshed, and the “disputed”

The report of the leader of the rebellion I. Laziyan notes that the neutral zone between Georgia and Armenia was formed as a result of the Armenian-Georgian war in 1918, when the intervention of the British put an end to this bloodshed, and the "disputed" borderlines of these countries were “neutralized.”

The document also reveals that after the Sovietization of Armenia, the local authorities decided to raise a revolt of the Armenian population in Lori in February 1921 to provoke Georgian authorities to retaliate. This would make it possible to justify the Bolsheviks’ intervention in Georgia and the overthrow its independence. Under the leadership of the Central Committee of the Communist Party of Armenia, preparations for a mutiny began in December 1920, and for this purpose a large group of emissaries from Armenia was transferred to the Lori neutral zone.

Several battalions of Armenian thugs were created there. On the night of 11 February 1921, they [battalions] attacked Georgian border posts, disarming the garrison and killing the Georgian military. Later, against the backdrop of the “uprising of the Armenian population”, they were able to capture the Lori neutral zone. Fighting erupted with Georgian troops, as a result of which all Georgian garrisons in the Lori zone were captured and disarmed. After that, Soviet power was established here, and units of the 11th Red Army were introduced. The units of the 11th Red Army launched an offensive against Georgia, which resulted in the seizure of the country’s territory and the loss of its independence.

Here it is noteworthy to mention Laziyan’s participation among the ranks of the 11th Red Army in the struggle for the establishment of Soviet power in Azerbaijan in the spring of 1920. He was elected from the army to the Baku Council and was nominated to the Baku Executive Committee. At the end of 1920, the Caucasian Bureau of the Central Committee of the RCP (b) sent Laziyan to work underground in the districts of Lori and Borchaly, where he was preparing a revolt of the local Armenian population in February 1921.

Many years later, in 1990, according to the conclusion of the Commission, which included the most prominent Georgian historians, it was the “Lori question” and the factor of its Armenian population that had played a primary role in the Bolsheviks’ intervention in Georgia. (“Conclusion of the Commission on the political and legal assessment of the violation of the treaty between Georgia and Soviet Russia, dated 7 May 1920).

As a result, Georgia lost not only strategically important areas of Lori, but also its independence. Here are some quotes from a study based on the works of Georgian scientists and politicians. “The situation in the Lori neutral zone was the reason behind joining Georgia.”

At the end of November 1920, Soviet power was established in Armenia. The newly-formed Soviet government could abandon the previous Georgian-Armenian agreement and demanded the withdrawal of Georgian troops from the neutral zone. The Georgian government proposed peace talks to resolve the issue of the contested territory. However, the solution to the problem was delayed, and then the Soviet government of Armenia even stopped protesting.

Thus, since the Lori neutral zone itself was a disputed territory and there, for the last three months, there was a Georgian garrison. The Caucasus Bureau chose it as the place to start military operations. The Caucasus Bureau probably also took into account the fact that the official period of the Georgian troops’ presence in the neutral zone expired on 13 February 1921. After that the Georgian troops had to withdraw from the zone, and then the reason for the “uprising” would disappear. Thus, the choice of the place of the “uprising” determined the time of its beginning. (“On the political and legal assessment of the violation of the treaty between Georgian and Soviet Russia of 7 May 1920. Documents and materials.” Tbilisi, 1990).

It was clear that the Georgian government could not yield to Lori because the army command considered this line convenient for organizing a defense against the Bolsheviks, who were preparing to intervene through Soviet Armenia. The document explicitly states that the Bolshevik intervention in Georgia was associated with the Armenian-Georgian border conflict, provoked by the Armenian uprising in Lori.

Ordzhonikidze, Orakhelashvili and Eliava were forced to participate in the June 26 meeting to settle the issues. Nevertheless, the issue of the territorial demarcation of the Transcaucasian Soviet republics was not resolved and Bekzadyan transferred it to the decision of the Caucasian Bureau of the Central Committee of the RCP (b).

The study by Georgian historian, Professor Guram Markhulia talks about how the authorities of Soviet Armenia continued to strive to seize the lands of Georgia and Azerbaijan: “In 1922, the same Armenian circles presented a new project, which envisaged the annexation of most of Javakheti or Akhalkalaki region to Borchaly with the aim of creating a single Armenian administrative unit.”

I. Javakhishvili wrote: “It is clear that this plan was also the first stage of a masterfully invented project of seizing these two districts from the Georgian SSR and their annexation to Armenia, which would have been followed by the second one. It is enough to take a look at the maps compiled by the Dashnaks, and it becomes clear that this time there was a struggle for the implementation of the previous goals, but it different ways.” And this attempt in 1923 failed.

Later on, another project was drawn up, as evidenced by the last paragraphs of a report by I. Javakhishvili.

“A few more words about the allegedly new project underscoring the need to grant Javakheti autonomy and its division. After all of the abovementioned, it is clear where and why this project stems from. If, under the previous regime of Russian rule in Georgia, the interests of the Georgian people were violated and thanks to the policy of Russian and Armenian officials, only Armenians and Russians got free Georgian lands, is it really possible now that the vital interests of the Georgian people were sacrificed to this project… So, I am sure the government of the Georgian SSR will refuse to implement this project, just like other similar projects were refused.”

Thus, Soviet Georgia without a fight lost the southern districts of the Borchaly region, which were transferred to Armenia. And they were transferred on one basis only - because of the Armenian population living there. The principle of displacing all other nations in order to later declare that these are “primordially Armenian lands” has borne fruit and, as a result of the implementation of this ancient Armenian principle, Soviet Armenia acquired the historical territories of Georgia. (Guram Markhulia. "Lori region - the historical territory of Georgia", 06.09.2012, https://iberiana.wordpress.com)

Summing up the results, we would like to say that a similar situation is currently developing in the Georgian region of Samtskhe-Javakheti, densely populated by Armenians. It is no secret that the plan to annex this Georgian region is gradually being implemented by the Armenian nationalists, with the support of Armenian authorities and the foreign diaspora. And here, too, the main trump card is that the majority of the population is Armenian, which means that these lands automatically become “ancient Armenian”, although they were massively resettled here some 180-200 years ago.

The analytical material was published by 1news.az in Russian.