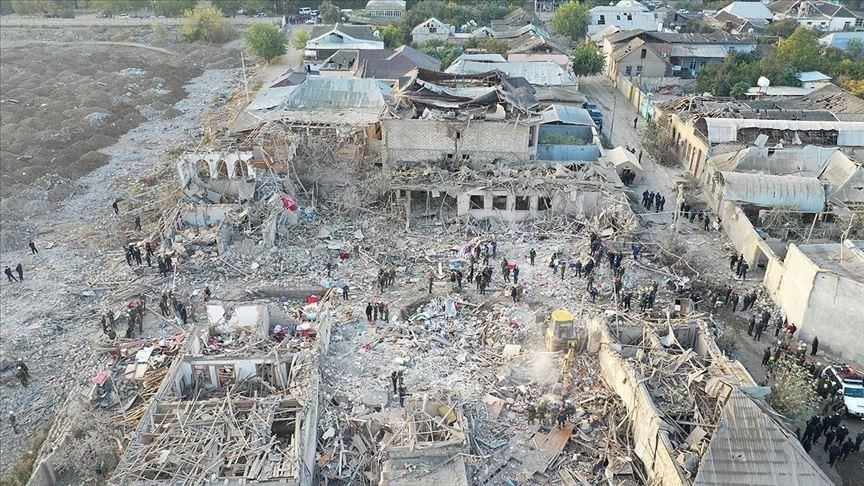 The missile attacks carried out by Armenian armed forces on the Azerbaijani city of Ganja during the Second Karabakh War constitute a gross violation of international laws of war, Qaiser Nawab, Founder President of Pakistan-Azerbaijan Alumni Association and CEO of “THE” Society International and global youth leader on SDGs, told News.Az.

He recalled that Armenia’s attacks on Ganja claimed the lives of innocent people, including children and women, and inflicted heavy damage to the city’s infrastructure.

“The attacks of October 2020 were strongly condemned by Azerbaijan’s international friends, particularly Türkiye and Pakistan. The international community must also deplore such a war crime which is against the international laws of war that ban targeting civilian and residential areas,” Nawab said.

The Pakistani expert stressed that the world community and international organizations must take a strict action against Armenia for its war crimes and issue clear statements on this matter.

Two years ago, precisely on October 11, Armenian armed forces carried out the fourth rocket attack on Ganja, the second-largest city in Azerbaijan, killing 10 civilians and leaving nearly 40 others injured.

During the Second Karabakh War, the Armenian military attacked Ganja 5 times (October 4, 5, 8, 11, 17) with rockets and heavy artillery. As a result, 26 people were killed and 175 others injured.