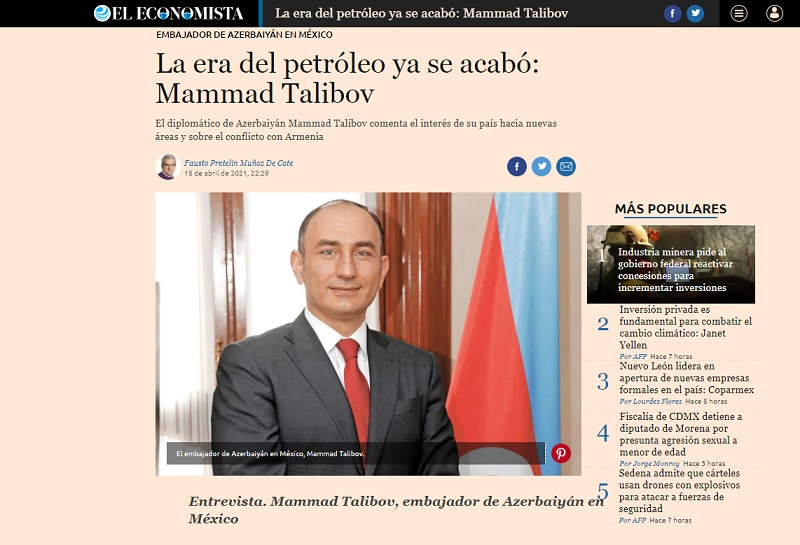 Touching upon the 44-day Patriotic War, the ambassador said that Armenia`s territorial claims against Azerbaijan were made back in the Soviet era, as thousands of Azerbaijanis living in Armenia were subjected to ethnic cleansing. Talibov said Armenia totally demolished Azerbaijan’s historical and cultural heritage in the internationally recognized Azerbaijani territories during almost 30 years of occupation.

The ambassador also provided an insight into the post-conflict situation in the region and Azerbaijan’s socio-economic development. Talibov noted that until recently, the country’s economic development had mainly been based on the export of hydrocarbon resources. “However, under President Ilham Aliyev, Azerbaijan is successfully pursuing a brand new economic strategy of transforming the black gold into human gold,” Talibov emphasized.

Describing Azerbaijan as a multicultural state, the ambassador noted that Pope Francis called the country a model of tolerance for the world.

Talibov also touched upon Azerbaijan-Mexico bilateral relations. He hailed Mexico’s fair stance on the Armenia-Azerbaijan conflict and its support of international law.