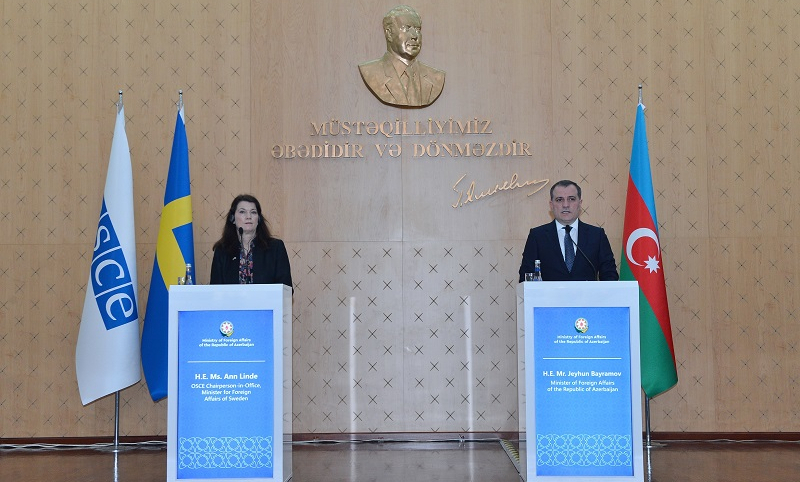 Azerbaijan fulfills its obligations in accordance with a trilateral agreement between Azerbaijan, Armenia and Russia regarding the cessation of military actions and returned all prisoners of war to Armenia, Foreign Minister Jeyhun Bayramov said.

The Azerbaijani minister made the remarks during a joint press-conference with OSCE Chairperson-in-Office, Swedish Foreign Minister Ann Linde in Baku on Monday.

The Armenians currently held in Azerbaijan are not considered prisoners of war, Minister Bayramov stressed. “These are the individuals who, after the cessation of military operations on November 26, 2020 were illegally sent from Armenia to the Azerbaijani territory.”

“They committed crimes, killing both civilians and military personnel. Azerbaijan is taking the investigative measures against them in accordance with the legislation. The compliance with the trilateral agreement is essential to avoid a similar incident,” he added.

Bayramov noted that Azerbaijan transferred all prisoners of war to Armenia in line with the trilateral agreement.

“Their number is much bigger than the number of prisoners of war that Armenia handed over to Azerbaijan,” the minister concluded.