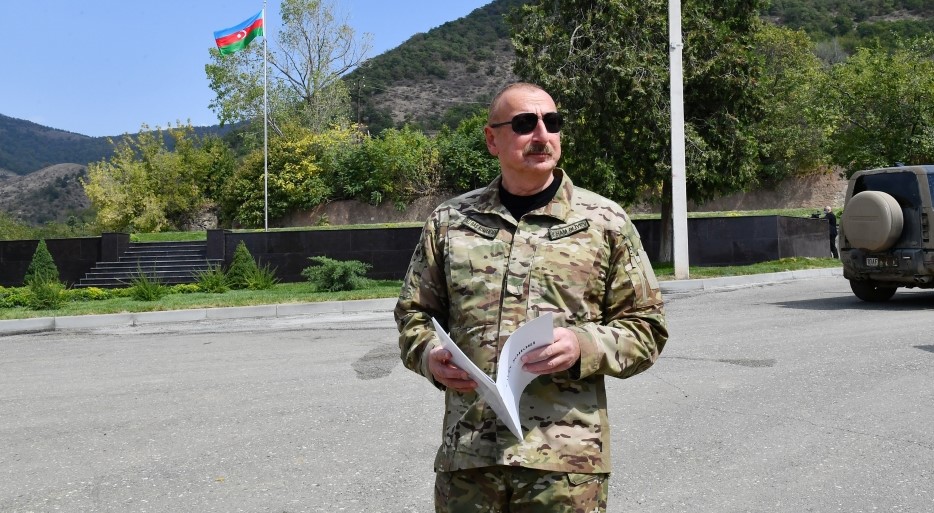 "As is the case with Lachin district and indeed all other residential settlements under occupation, the city of Lachin was exposed to Armenian vandalism," President of Azerbaijan Ilham Aliyev said in his speech when he raised the Azerbaijani flag on September 21 in the city of Lachin, News.az reports.

The Head of State noted that there are traces of Armenian vandalism in every village and city: "The city of Aghdam was completely razed to the ground. So were the cities of Fuzuli and Jabrayil, as well as all our villages. In some places, including Lachin, Armenians conducted illegal settlement, as Armenians from Armenia and mainly from abroad – Syria and Lebanon – were brought here. This is a war crime. This is defined as a war crime in all international conventions, and this crime took place right before the eyes of the world community."