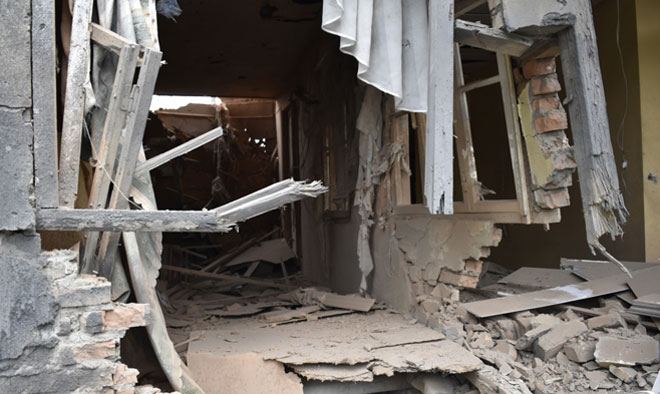 The Armenian Armed Forces, grossly violating the basic norms and principles of the Geneva Conventions of 1949 and the requirements of the humanitarian ceasefire announced to come into force from 12:00 (GTM+4) on October 10, continue terrorist actions against the Azerbaijani civilian population, the General Prosecutor's Office of Azerbaijan told News.Az

According to the office, in the morning of Oct.12, the Armenian Armed Forces launched missiles on Tartar, Aghdam and Goranboy districts from various directions. As a result of exploding shell in the village of Kangarli, Tartar district, Firudin Beylarov (born 1970) was heavily wounded got and hospitalized.

At present, the office employees are carrying out all the necessary investigative measures possible in combat conditions.

The public will be additionally informed about the results.