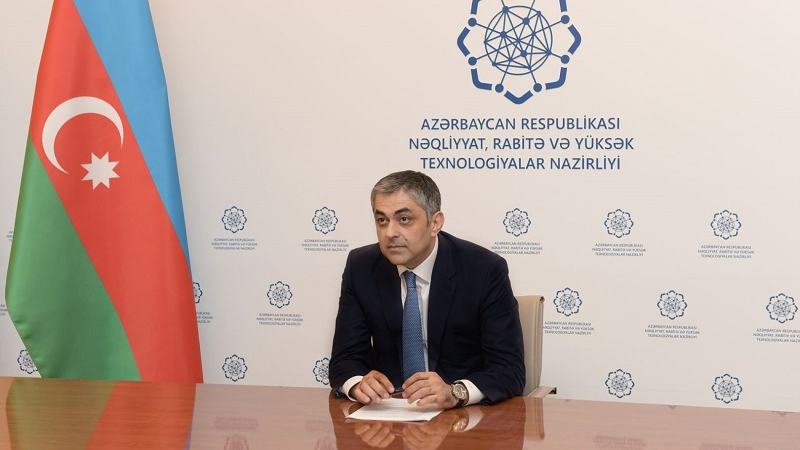 Minister of Transport, Communications and High Technologies of Azerbaijan Ramin Guluzade took part in the roundtable on the role of digital technologies during and after the COVID 19 pandemic, co-organized by International Telecommunication Union (ITU) and top officials of Vietnam within ITU Virtual Digital World 2020 online event, the ministry told Trend.

The roundtable was also attended by ICT officials from a number of ITU member countries.

Following the opening speeches of ITU Secretary-General Houlin Zhao, Minister of Information and Communications of Vietnam Nguyen Manh Hung, and Director of the ITU Radiocommunication Bureau Mario Manievich, the Azerbaijani minister spoke in detail about the work being done in Azerbaijan to combat COVID-19 and minimize the impact of the pandemic.

Guluzade noted that during the pandemic, the country’s citizens have been provided with high-quality transport, postal and telecommunications services, as well as Internet and mobile communications, and the resilience of the telecommunications infrastructure has been enhanced in line with demand.

The minister stressed that government agencies have created new information systems, as well as special websites, a mobile application used as a citizen notification system, and a tracking system for the infected people.

He said that during the pandemic, implementation of the Connected Schools and the Connected Government projects aimed to provide videoconferencing services to structures has been launched in Azerbaijan.

Guluzade stated that the country is currently fighting on two fronts: the pandemic and the military aggression of Armenia.

He also added that due to the recent military provocations of Armenia, telecommunications and ICT infrastructure in several districts of Azerbaijan were either completely destroyed or heavily damaged.

“In recent days, as a result of the Armenian aggression, 63 Azerbaijani civilians, including children, were killed, and 293 civilians were injured,” he pointed out.

In conclusion, the minister noted that, despite all the difficulties, the Azerbaijani government will continue its efforts to expand the development strategies.