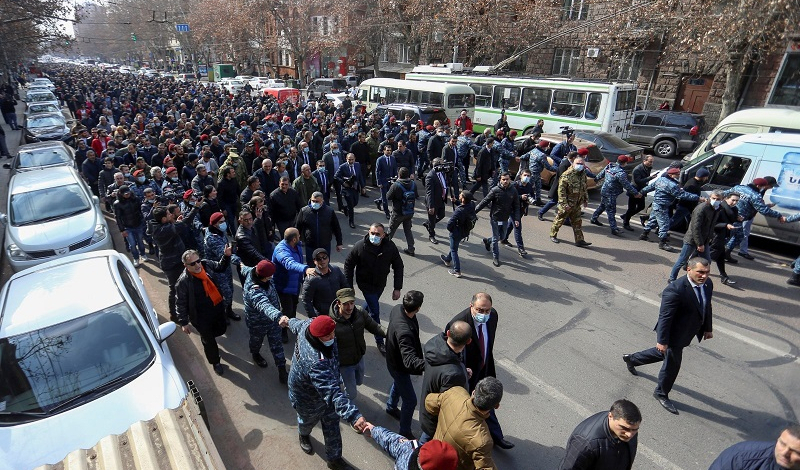 After Thursday morning’s statement by the General Staff of the Armenian Armed Forces by which the army demands the resignation of PM Nikol Pashinyan and his government, a tense situation was created near the main government building, as the citizens who support Pashinyan and those who demand his resignation gathered there.

There were occasionally clashes between them, which were being settled with the intervention of the police.

Pashinyan announced that his resignation could not be a solution to the issue. "I have submitted several proposals; unfortunately they were rejected," he said.

After that, Nikol Pashinyan marched through the streets of downtown Yerevan. He was walking surrounded by the police forces.

During the march, sporadic clashes took place between the participants of the march and the citizens demanding Pashinyan's resignation.

The participants of the march returned to Republic Square, and Pashinyan entered the main government building.