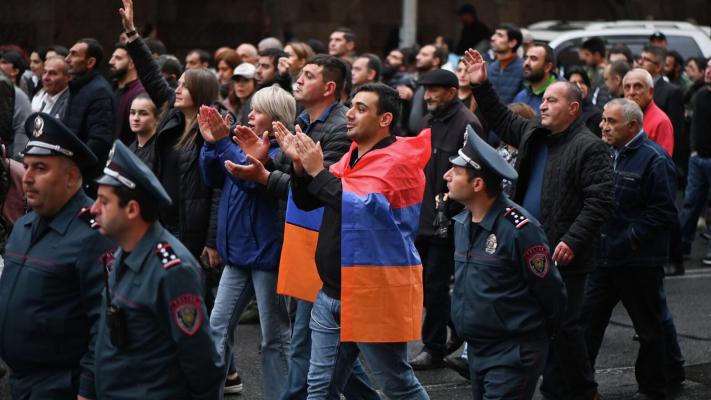 Supporters of the opposition Resistance Movement in Armenia on Friday held a protest rally outside the Marriott Hotel on Republic Square in Yerevan.

Earlier, the Armenian opposition has repeatedly accused the US and the EU of pursuing a policy of double standards in the country.

Protests against the Armenian government have been going on in Armenia since mid-April, and in early May they became widespread. The opposition demands the resignation of Prime Minister Nikol Pashinyan.