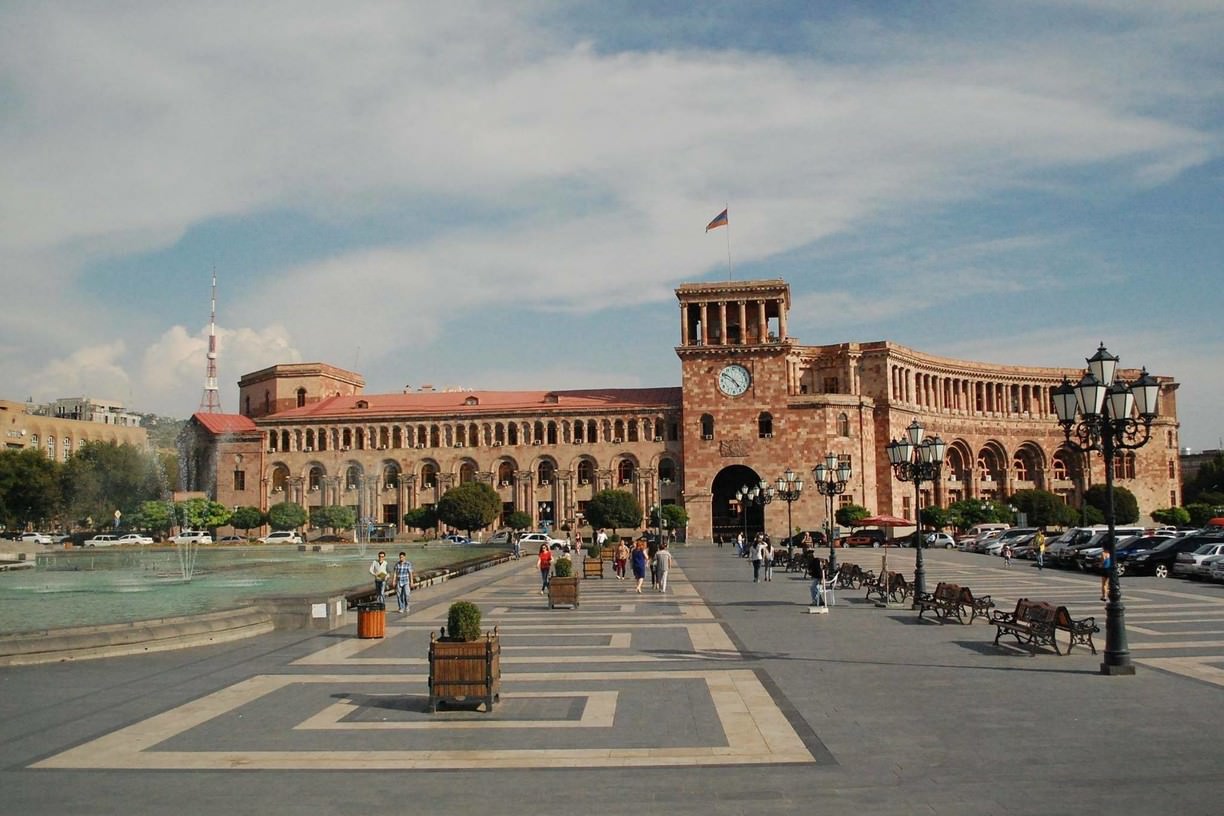 News.Az presents the article by Rusif Huseynov, the co-founder of the Topchubashov Center.

A couple of days ago I encountered a publication from Modern Diplomacy`s Geopolitical Handbooks series. I was thrilled to learn something interesting when its catchy title drew my attention: Armenia`s existential threats and strategic issues.

Authored by David Davidian, this handbook is designed to introduce an (uninformed) audience to Armenia by touching upon and not thoroughly discussing the basic geopolitical and strategic issues for the country. A nuclear engineer by profession, Davidian teaches technology and programming at a Yerevan-based university, occasionally penning anti-Turkish and anti-Azerbaijani articles

While I became quite disappointed about the overall quality of the publication, several moments, nevertheless, caught my attention and are worth being discussed: demographics as an advantage, nuclear annihilation as a policy of deterrence and territorial claims.

Several times throughout the text, Davidian analyzes a possibility of ethnic or religious insurgencies through domestic demographics. Demographically, the author rightfully points out, Armenia is largely mono-ethnic with an insignificant number of ethnic minorities. That ethnic Armenians came to comprise 98% of the country`s population is explained with the exodus of non-Armenians in the wake of the disintegration of the Soviet Union, but this exodus is tied to economic reasons. We may understand why the author deliberately skips the forceful deportation of the Azerbaijanis, which obviously happened not because of economic reasons.

The Azerbaijanis pushed out of the country between 1988-1991 used to be the largest ethnic minority in the present-day Armenia and the absolute majority in some provinces for several centuries. Up until the early 20th century, ethnic Azerbaijanis constituted at least 50% (or more than 50%, according to some sources), of the city of Erivan (modern-day Yerevan).

Although several waves of deportation (well-planned and effectively implemented by Armenian authorities) during the Soviet time significantly shrank the Azerbaijani community in Armenia, at least 250,000 Azerbaijanis were still inhabiting the country by the mid-1980s. The last episode of the ethnic cleansing took place in the late 1980s, wiping Azerbaijanis off the Armenian map and turning Armenia into a mono-ethnic country.

While many countries led by developed states work for decades to celebrate ethnic and racial diversity, teach tolerance and co-existence and prevent any xenophobia, this Armenian professor, who lectures at American-Armenian University, affords to write the following lines: “This [mono-ethnic nature] puts Armenia in the same condition as states such as Japan. Many developing states work for decades or more to achieve the homogeneous demographic status of Armenia.”

The means Armenia has achieved its homogenous society with would be called “ethnic cleansing” elsewhere in the world, but obviously not in Armenia itself. And while the Armenians, who themselves spread across the globe to flourish in many (usually multi-ethnic) societies, the homogenous demographics at home, in Armenia, is considered by Davidian “a strategic asset.”

Nuclear deterrence, Armenian style, is also explained by Davidian. According to him, a possible attack by Turkey will be responded with “a controlled core breach of the Armenian Nuclear Power station (ANP) at Metsamor. In parallel with a full power core breach, the planned burning of ANP spent fuel storage facility would add to the radioactive contamination. Geographically, this act would be much worse than the radiation poisoning effect of conventional nuclear weapons. This last act of desperation would not only make much of eastern Turkey and Armenia uninhabitable for many decades but parts of Azerbaijan, Iran, Georgia as well.”

In other words, detonating Armenia’s operating nuclear power plant and spent fuel storage is called a “strong Armenian deterrent.” This “scorched earth” tactics offered by Davidian would be able to contaminate for decades and even centuries the lands of not only Armenia, but also other regional countries.

Noteworthy is the author`s (and/or Armenia`s) territorial claims against its neighbors, Azerbaijan and Turkey. While Azerbaijan`s provinces, Nagorno-Karabakh and Nakhchivan, are repeatedly called Armenian, this territorial appetite extends to vast Turkish lands as well. It is important for the author to “secure a sovereign landmass from Armenia’s current western border to the Black Sea… to release Armenia from its landlocked condition, removing the dependence on Georgia, Russia or Iran.” Davidian justifies this territory as an award Armenia should get as “genocide” reparations and presents his map of the claimed landmass.

While fearing Turkey`s possible attack at Armenia, Davidian nevertheless reflects Armenia’s expansionist ambitions. The Armenian irredentism, Davidian seems adherent to, should in fact be no surprise. The Armenian government has avoided “an explicit and formal recognition of the existing Turkish-Armenian border” since 1991, when Armenia proclaimed its independence; interestingly, the 1991 Declaration of Independence contains reference to Eastern Turkey usually considered as Armenia`s territorial claims.

Most recently, in 2011, Serzh Sargsyan, then Armenian President, made a statement that sparked an outrage in Turkey. When answering if Turkey “will return Western Armenia” in the future, Sargsyan put this responsibility on the shoulder of the next generation(s) of Armenians.

While the discussed publication provides shallow information on the basic geopolitical and strategic issues Armenia faces, some of the author`s ideas are either close to nonsense or distort the truth or put forth aggressive claims, by celebrating his country`s mono-ethnicity and keeping silent about the reason of this mono-ethnicity, voicing territorial ambitions against Azerbaijan (Nagorno-Karabakh, Nakhchivan) and Eastern Turkey (to get access to the Black Sea) and threatening the neighboring countries with a nuclear doomsday.

Although not an official doctrine, this paper, nevertheless, echoes the main domestic discourse and presents Armenia herself as the main threat to the neighboring countries and the whole region.