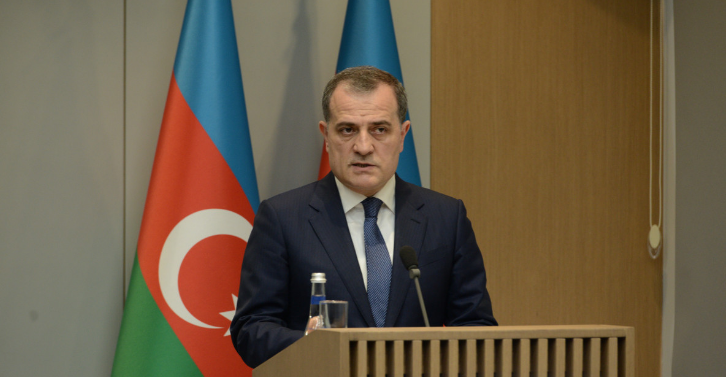 Yerevan has not yet fulfilled a number of paragraphs of the trilateral statement signed by the Azerbaijani, Armenian and Russian leaders on November 10, 2020, Azerbaijani Foreign Minister Jeyhun Bayramov said on Monday.

Bayramov made the remarks at a joint press conference with his Russian counterpart Sergey Lavrov in Moscow, News.Az reports.

“Unfortunately, we have to state that Armenia still fails to fulfill a number of fundamental provisions of the trilateral statement, among which I would like to note the incomplete withdrawal of Armenian troops from the Azerbaijani territories,” he said.

The top Azerbaijan diplomat emphasized that the landmine issue is also among the relevant topics.

“The weekly presentation of minefield maps lacking accuracy results in tragic implications. As many as 268 people became victims of mine explosions, of which 45 people lost their lives, including 25 civilians,” he added.