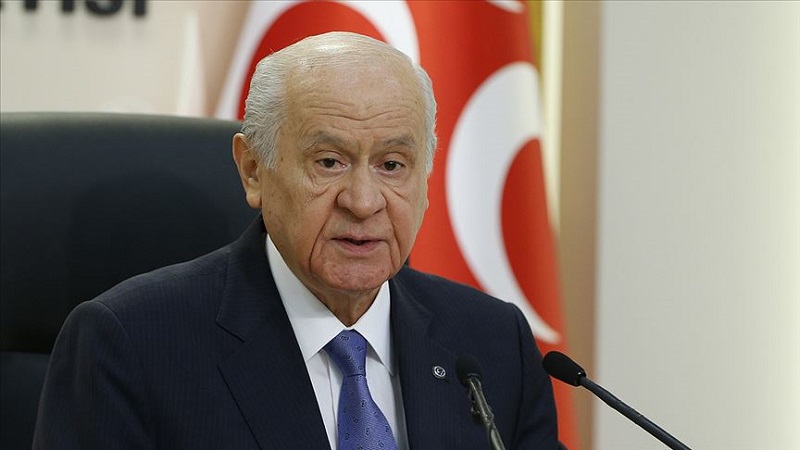 A prominent Turkish politician called on Armenia to withdraw from the occupied territories "without any precondition," Anadolu Agency reports.

"Upper Karabakh should be given to Azerbaijan [...] After that the cease-fire and diplomatic talks should begin," Devlet Bahceli, the leader of Nationalist Movement Party (MHP), told his party's parliamentary group.

"If Armenia gets stronger […] the future will have dire consequences for Azerbaijani Turks. For sure, Turkey will be forced to deal with these shocking developments," Bahceli said.

He noted: "Armenia should withdraw from every occupied territory."