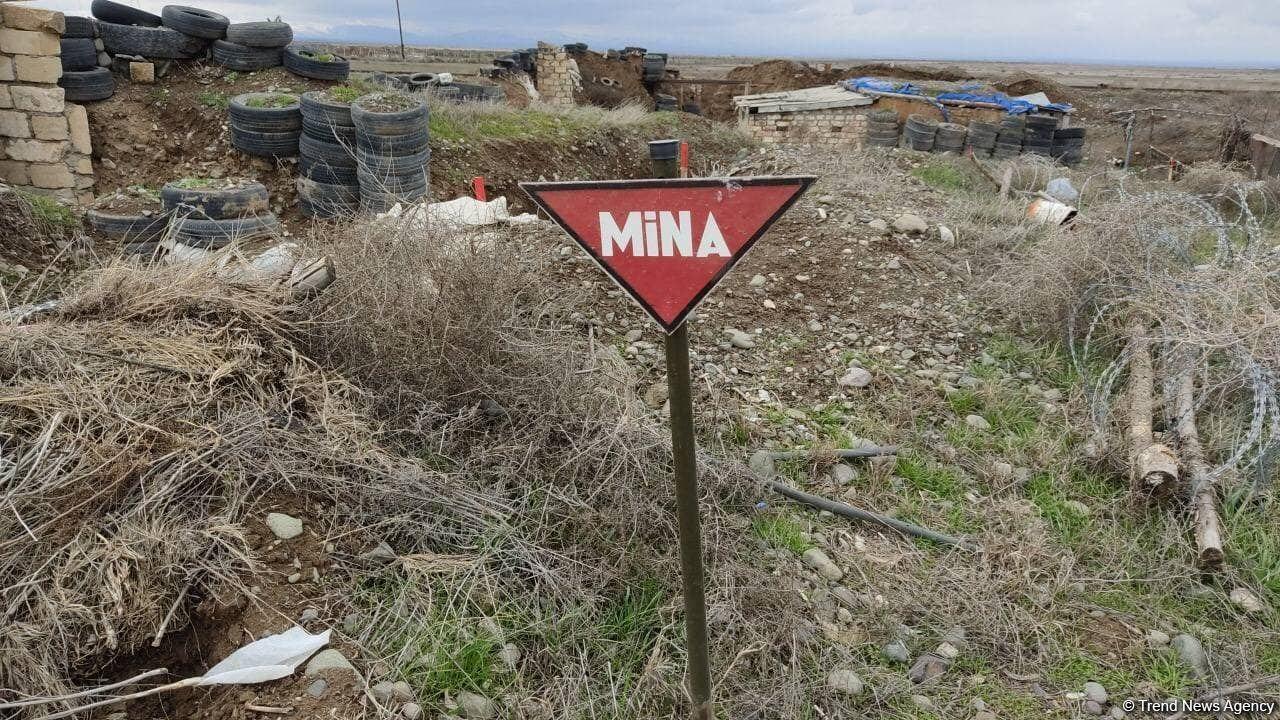 The road leading to the Azerbaijani Sugovushan village (Tartar district), previously liberated from Armenian occupation, was mostly mined with plastic mines, an employee of the Mine Action Agency of the Republic of Azerbaijan, Shahin Allahverdiyev told reporters on Thursday.

According to Allahverdiyev, it is difficult to find these mines as they have a large blast wave.

"More than 2,500 anti-personnel and anti-tank mines, which are mostly plastic, were found on the territory of the village. The Armenians deliberately mined the territory with such mines," said the agency representative.

Allahverdiyev added that other types of booby-trapped mines were found on the territory of the village.

"These are a special wire connected to 240-mm mortar shells, which are controlled remotely. These traps have been detected and neutralized," he added.