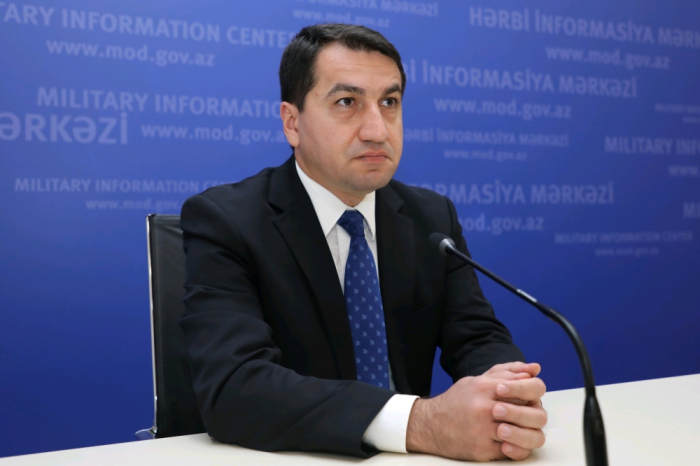 Despite the signing of the Moscow Declaration, Armenia continues to target the Azerbaijani settlements and infrastructure facilities, Assistant to the Azerbaijani President, Head of the Foreign Policy Department of the Presidential Administration Hikmat Hajiyev said.

Hajiyev made the remark at the briefing for representatives of foreign military attaches and international organizations accredited in Azerbaijan (UN, EU, ICRC), Trend reports on Oct. 14.

“This is unacceptable! Once again, gathering troops, Armenia goes on the offensive against Azerbaijan,” assistant to the Azerbaijani president added. "Armenia is greatly aggravating the conflict. Today, as a result of the shelling of Azerbaijani cities by Armenia, infrastructure has been greatly damaged, there are killed and wounded. Armenia continues to kill the Azerbaijani civilians. Azerbaijan is forced to take measures to stop all this."