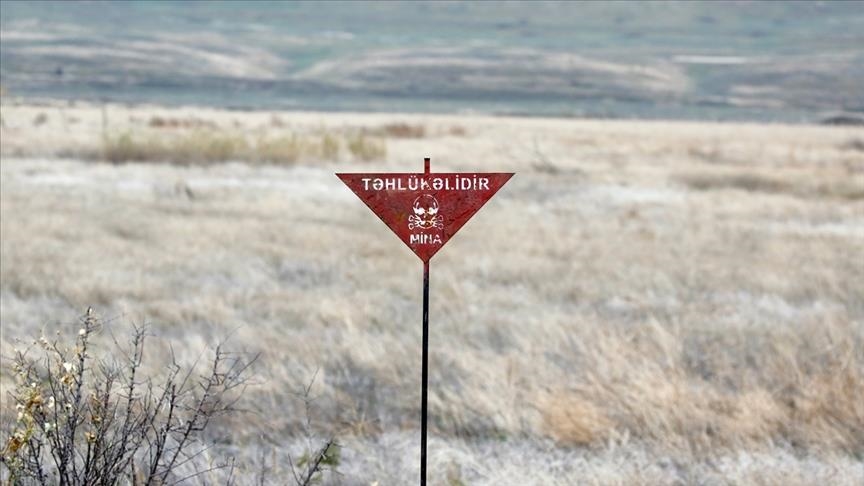 Levon Ter-Petrossian, the first president of post-Soviet Armenia, has recently admitted that Armenia’s foreign policy suffers from idealist thinking defying the real potential of the state and lacking strategic planning capabilities. As the major lesson Armenia needs to draw from its recent past, he believes that his nation needs to discard the dreams of building a Greater Armenia stretching from the Caspian Sea to the Black Sea and instead embrace the realities on the ground.

This is not only a short but accurate analysis of the Armenian foreign policy of the post-Soviet period but also sheds light on the fundamental reasons for Yerevan’s refusal to seriously engage with the conflict resolution efforts of the international community before the Second Karabakh War of the last autumn which turned out to be a cold shower to the idealist and nationalistic ambitions of Armenian politicians. Ter-Petrossian rightfully stresses that Armenia would have been in a much better situation today if its leaders had agreed to the peaceful settlement proposals of the earlier periods.

Unfortunately, few Armenian politicians have drawn Ter-Petrossian’s conclusions from Armenia’s humiliating defeat in the war. At the same time, the majority continue to stick to idealism and, as such, pays no heed to the international law and the peace initiatives of the international community. The stubborn decline of the Armenian government to cooperate with Azerbaijan in demining the formerly occupied territories is one major area where this approach destructive to regional peace and stability stands out.

A major challenge of the post-conflict period for Azerbaijan is related to mines and other hidden explosive devices in the newly-liberated territories. These lethal weapons have been laid often in civilian infrastructure, lampposts, canals, road junctions, courtyard entrances, cemeteries, riverbanks, and rural and urban paths to amplify the number of victims. “Sometimes more than 10 mines per square meter are found in the mined areas”, according to Azerbaijan Mine Action Agency (ANAMA).

Up to 30 Azerbaijani citizens, including civilians, have been killed, and mine explosions have injured more than 100 people in the liberated territories since the end of the latest war. Those mines continue to take lives, destroy families, and inflame even more hatred between the two nations. For example, on June 4, two Azerbaijani journalists and a local official were killed while on duty in a mine explosion in the Kalbajar region.

The clearance of the region from these explosive materials is extremely time-consuming and expensive as the Armenian side refuses to share the maps indicating where those mines are laid with Azerbaijan. This flagrant violation of international law and the Geneva Conventions of 1949 delay the rapid rehabilitation of the liberated Karabakh region and radically complicates the peace negotiations between the two countries.

This happens against the backdrop of growing calls from the international community for the handover of these maps to Azerbaijan. For example, the Minsk Group of the Organization for Security and Cooperation in Europe (OSCE), an institution formed in the mid-1990s to coordinate the settlement of the Armenia – Azerbaijan conflict, has emphasized the importance of “the exchange of all data necessary to conduct effective demining of conflict regions” for the efforts to “create an atmosphere of mutual trust conducive to long-lasting peace” between the two countries.

A similar call has also been made by the leaders of Russia – the major external actor that succeeded to push for a durable ceasefire between Armenia and Azerbaijan after the Second Karabakh War and currently plays the main mediating role in the peace negotiations between the two countries. For instance, Sergey Lavrov, Russia’s Foreign Minister, in the course of his visit to Baku on May 10-11, declared that it is of utmost importance for Baku and Yerevan to come to terms in the remaining conflictual issues without preconditions, including in “settling the problems related to the so-called material war remnants – in this case, the mines”.

Yerevan has unfortunately opted to disregard these calls and never uttered any interest in cooperation in this vital issue for Azerbaijan. On the contrary, shockingly, it is reported that Armenian saboteur groups infiltrate the Azerbaijani territories and plant even more mines in the bordering region. In parallel, Armenian leaders seek to draw more international pressure against Azerbaijan to release the Armenian military servicemen detained by Azerbaijan after the latest war.

It is important to note that, on the contrary to what claimed by the Armenian side, Azerbaijan stresses that those detainees were arrested after the signing of the Russia-brokered ceasefire deal on November 10 and, therefore, they cannot be considered prisoners of war (POW). Truly, those servicemen infiltrated the Azerbaijani territories in late November and killed four Azerbaijani soldiers and one civilian before being disarmed by the Azerbaijani army.

Nevertheless, Azerbaijan, demonstrating its goodwill to the post-conflict peace process, has already released 14 Armenian detainees apart from returning the dead bodies of approximately 1,500 Armenian military servicemen killed during the war, facilitating humanitarian aid to the Armenian community in Karabakh, allowing the use of Azerbaijani territory through which a segment of a major highway of Armenia passes, and also permitting the temporary transportation of Russian natural gas to Armenia via Azerbaijan territory.

However, Armenia has not reciprocated to these small steps, which, if reciprocated, would lead to more fundamental agreements, settlement of all conflictual issues in the agenda, and even ultimately to the establishment of a peace agreement. Azerbaijani President Ilham Aliyev has increasingly more voiced this possibility. In his telephone conversation with the President of the Council of the European Union, Charles Michel President Aliyev reiterated Azerbaijan’s readiness to start negotiations to sign a peace agreement with Armenia. Still, he lamented that Yerevan has not responded to this call yet.

In a way detriment to the regional peace and security, Yerevan refuses to cooperate in this peace process and looks more inclined to get what it wants without making fundamental and lasting changes in relations with Azerbaijan, such as signing a peace treaty and mutual recognition of territorial integrity. Unfortunately, this situation has minimal potential to change for any better following the upcoming parliamentary elections (June 20) of Armenia. Most candidates’ platforms are instead idealistically focused on the promises to recover the territories lost during and after the latest war. Criticizing this “ideology based on fantastic calculations, pseudo-strategies and on willfully ignoring facts” maintained by idealist and revanchist political forces, Jirair Libardian, a prominent Armenian intellectual who was senior advisor to Ter-Petrossian in the 1990s, has recently warned his fellow countrymen that “Should the logic of these visionaries survive this defeat [at the Second Karabakh War] and continue to dominate our thinking and policies, we are likely to witness yet more disasters.” His warnings might be prescient as those he made before the war turned out to be.

Vasif Huseynov is a senior advisor at the Baku-based Center of Analysis of International Relations (AIR Center).