Armenia: Caught In Its Own Trap? (OPINION) 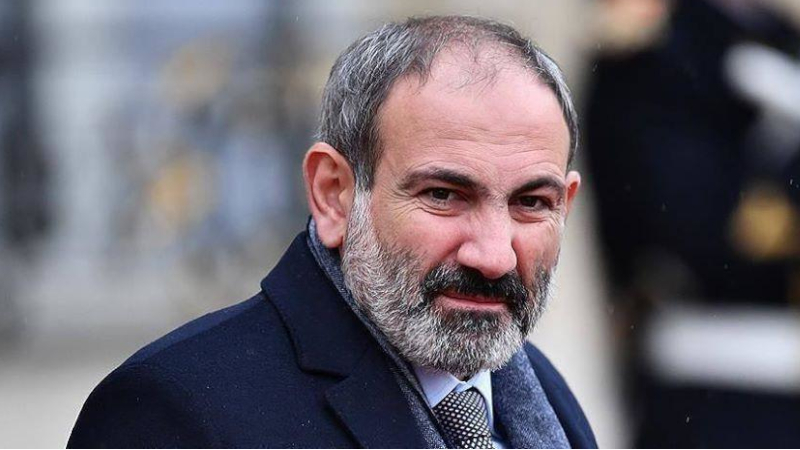 Townhall print magazine has published an article, entitled “Armenia: Caught In Its Own Trap?”

News.Az presents the article by Ivan Sascha Sheehan, the executive director of the School of Public and International Affairs at the University of Baltimore.

Armenians are renowned the world over as a resourceful and skillful people. For a small nation, they have produced a remarkable number of impressive and original minds, and Kardashians too.

But Armenians’ fabled ingenuity notwithstanding, the country of Armenia has fallen into a sophisticated trap of its own making – bankrupting its intellectually wealthy but economically fragile nation and stifling its own advancement.

The trap – initially designed as a ploy to secure the permanent, internationally condoned transfer of a large swath of sovereign territory in neighboring Azerbaijan – now appears to have backfired.

The stage was set by 1994, following a brutal war with Armenia, who then controlled Nagorno Karabakh, an enclave within Azerbaijan with an ethnic Armenian population and seven surrounding ethnic Azerbaijani districts. Seven hundred thousand Azerbaijanis were evicted from Karabakh, becoming Internally Displaced Persons, with an additional 300,000 from Armenia becoming refugees. The outcome was the occupation of territory – approximately 25 percent of Azerbaijan – and ethnic cleansing in all but name.

United Nations Security Council, General Assembly, Council of Europe, and European Parliament resolutions followed – all demanding the territorial integrity of Azerbaijan be restored. But Armenia leveraged a sham independence referendum, held in Nagorno-Karabakh, which even they did not recognize.

With a synchronized troupe of skilled diplomats from a trio of Great Powers treading water, Armenia’s answer was not to comply with international law but to buy time and stay afloat.

Thanks to the Organization for Security and Co-operation in Europe (OSCE) Minsk Group – co-chaired by negotiators from the United States, Russia, and France – repeated talks took place, with near breakthroughs but little demonstrable progress, for close to three decades. During this time, Nagorno-Karabakh and the seven other occupied regions remained under Armenia’s control.

Cut off from the sea – its nearest coast in Azerbaijan – and lacking the oil wealth and natural resources of its neighbors had stunted Armenia’s growth for decades. The steep costs associated with funding the occupied territories for almost thirty years had proven a further burden. Enter Nikol Pashinyan. A former journalist and opposition politician, Pashinyan was raised to power from the streets by a “velvet revolution” of mass protest against endemic corruption and economic failure in Armenia.

Pashinyan seemed Western, and more reasonable at first. Ascending to power with calls for freedoms and rights ringing in his ears, he could have, perhaps, negotiated a settlement that may have advanced Armenia economically – returning occupied lands in exchange for jobs and investment. But instead, the offensive posture that facilitated his rise led him to demand that Minsk Group co-chairs, as well as Azerbaijan, include leaders from the unrecognized and illegal “Republic” in a naked attempt to force the issue of legal independence for the occupied territories onto the agenda.

Whether motivated by the conviction that sufficient time had passed to make the international community believe international law no longer applied, a bid to appear tough before the mob who carried him to power, or simple inexperience, his actions facilitated hostilities, heightened distrust, and precipitated war rather than achieving the recognition the separatists sought.

Today, Azerbaijanis are advancing, district by district, towards Karabakh. The passage of time has seen them rebuild their economy, modernize their armed forces, and benefit from oil and gas reserves. By contrast, Armenia has spent years wasting precious resources to support occupied territories and has made little progress in reforming its economy.

In keeping with repeated international calls and consistent with the Madrid Principles agreed to with Armenia through the Minsk process, Azerbaijan has declared itself ready for peace, provided all Armenian forces leave Azerbaijan’s territory and so long as the seven Armenian occupied districts surrounding Nagorno Karabakh are returned to Azerbaijani control. With this, bilateral discussions about the future of Nagorno Karabakh can proceed and the principle of autonomy within Azerbaijan can be formalized.

Three of the seven surrounding districts have, in recent weeks, been liberated by Azerbaijan. The 30-year occupation on which Armenia has pinned their hopes has changed fundamentally and the Minsk process is poised to adapt to new realities on the ground.

Armenia, by contrast, appears increasingly panicked. Pashinyan’s outreach to Russia – with whom his country has long maintained a military pact – has yet to result in their coming to his aid. Increasingly desperate, Pashinyan continues to seek support from those willing to grant the separatists recognition. With these efforts flagging and his battlefield forces in retreat, the Armenian prime minister has regrettably chosen the path of belligerence by launching Scud missile attacks on Azerbaijan’s second city, Ganja – violence that has resulted in the deaths of countless civilians and spurred international condemnation – and by insisting that “all” Armenians to take up arms, calling a diplomatic solution to the Karabakh War “meaningless.”

Armenia’s calculation that the rule of law would be trumped by the rule of warlords, and that this would be pragmatically, if grudgingly, conceded by the community of nations, has proven to be a mistake of enormous dimensions.

Time has run out and the trap is closing, but not on those for whom it was set.