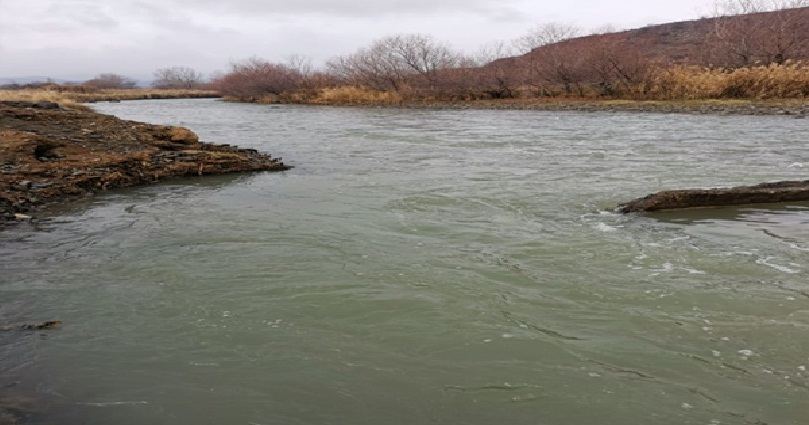 The Zangezur Copper-Molybdenum Plant, the main shareholder of which is the German Cronimet Mining company involved in mining at the Gajaran mine, poses a serious threat to the environment and human health, polluting the Okhchuchay River on a catastrophic scale.

The length of Okhchuchay, the left tributary of the Araz River, is 83 kilometers, the basin area is 1,175 square kilometers. The river originates on the Gapyjygh mountain (3,285 meters) of the Zangezur ridge.

The river, most of which is located in the Syunik region of Armenia (the historical region of Azerbaijan called Zangezur), flows through the liberated Zangilan district and drains into the Araz River. The main streams of water are formed from snow (46 percent), rain (10 percent) and groundwater (44 percent). The average annual water flow is 10 cubic meters per second, the average annual volume is 315 million cubic meters, 40 percent of the annual flow is formed in spring, 43 percent - in summer, 10 percent - in autumn, and 7 percent - in winter.

Transboundary pollution of the Okhchuchay river

Approximately 70 percent of Azerbaijan's surface water resources are formed in neighboring countries due to transboundary water flows. The transboundary river Okhchuchay is constantly polluted in Armenia by wastes from the Gafan and Gadjaran mining industries, playing the role of a collector of industrial waste. These industrial wastewaters are discharged into the river untreated, which increases the level of pollution many times over, therefore, these water resources are considered unsuitable for use in our country. In addition, Okhchuchay flows into the second largest river in the South Caucasus - Araz, and pollution directly affects the quality and its water reserves. The Araz, the largest tributary of the Kura, is also a transboundary river with Armenia and plays a decisive role in the irrigation of the cultivated areas of Azerbaijan. However, due to a serious change in the quality of water in the river, its use for domestic and agricultural needs can have an extremely negative impact. 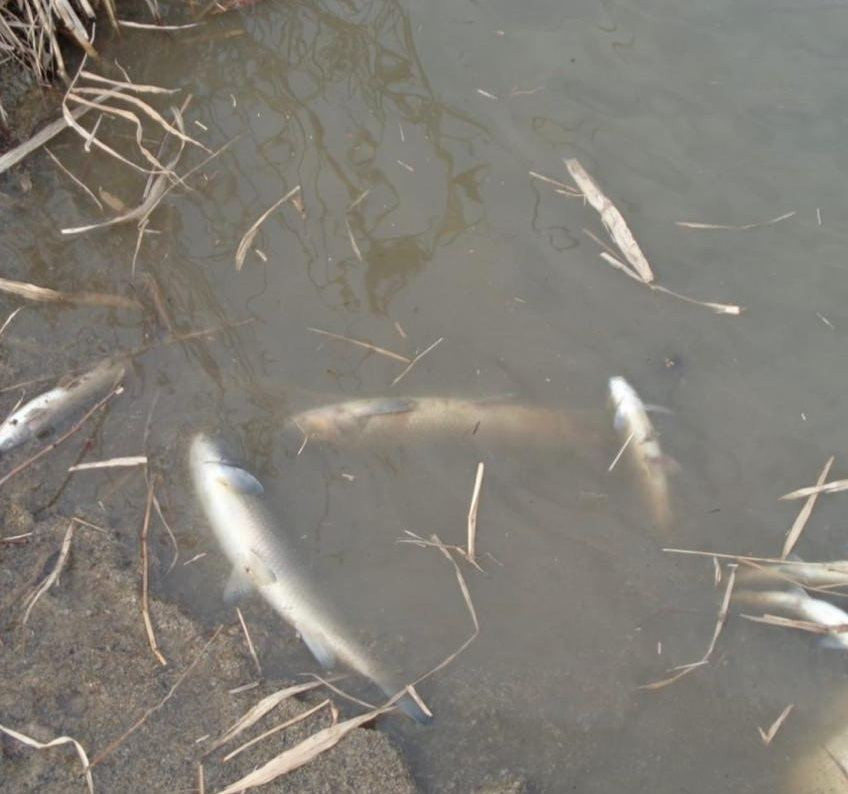 It is obvious that water pollution with heavy metals and salts occurs due to the discharge of industrial wastewater generated as a result of mining and processing activities. The location of the largest mining enterprise in Armenia in the Syunik region on the Okhchuchay river (in Armenia it is called Vogzhi) gives grounds to assert that it is polluted from these sources. Wastewater containing heavy metals, several times higher than the norm, is discharged into the river by the Gajaran copper-molybdenum and Gafan mining and processing plants. This destroys not only the fauna and ecosystem of the river but is also extremely dangerous for human health. The use of contaminated water can lead to harmful consequences - diseases of the gastrointestinal tract, destructive processes in the kidneys and bone tissue, disorders in the cardiovascular and nervous systems.

Environmentalists have carried out monitoring on the rivers flowing through the territory of the liberated Zangilan district. A large number of heavy metals, in particular copper, molybdenum, iron, zinc, chromium and manganese, were found in water samples taken in the Okhchuchai River from January through June 2021. According to the monitoring reports of the Ministry of Ecology and Natural Resources, the content of the copper-molybdenum compound in the river was twice the norm, iron - 4 times, nickel - 7 times, and due to pollution, the color of the water in the river periodically changed. In March 2021, the mass death of the Golden Trout (Small Trout) was recorded in the river. As a result of the monitoring carried out at different times - in high water and at low water levels - it was found that the content of heavy metals throughout the year was much higher than the norm: 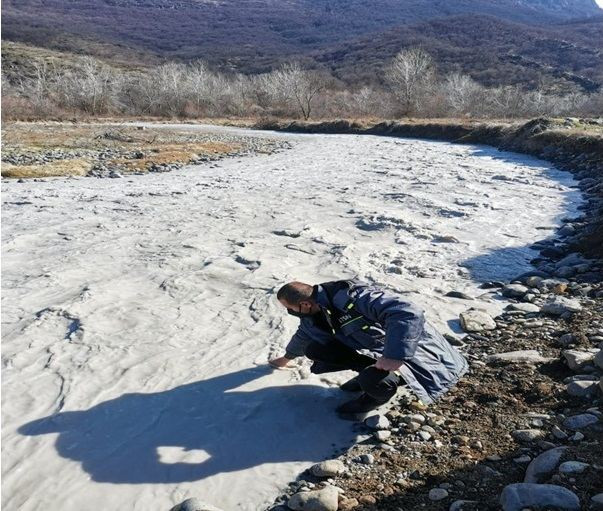 During visual monitoring conducted on March 7, 2021, in a part of the Okhchuchay River near the villages of Sayifly and Jahangirbeyli of the Zangilan district, the mass death of 227 individuals of golden trout and 330 individuals of barbel included in the Red Book of Azerbaijan was recorded. The reason for the death of the fish was the high content of iron, copper, nickel, molybdenum, and other heavy metals in the water. 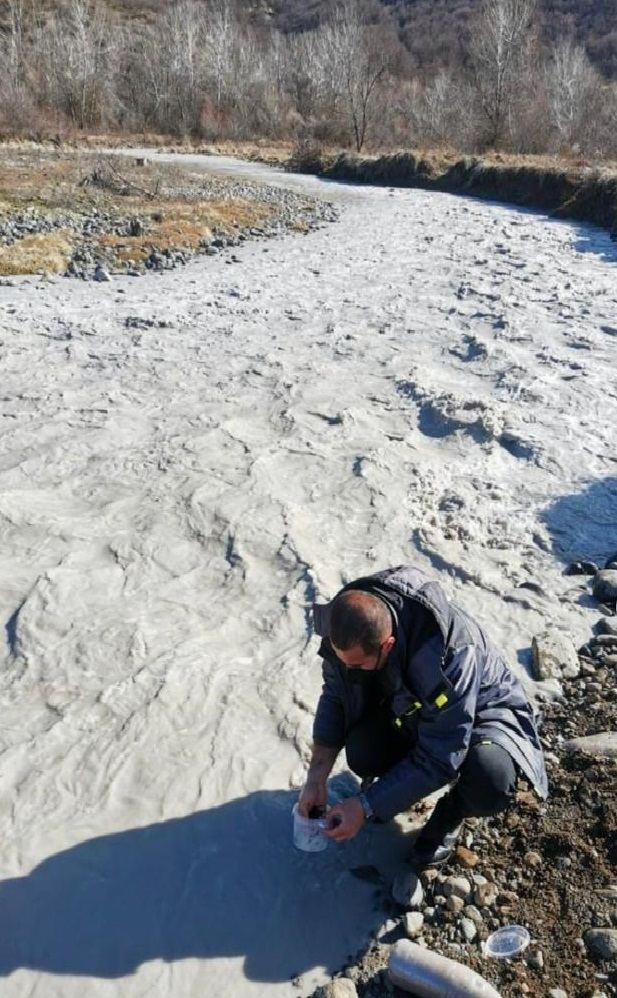 Analyzes of water samples from the river and bottom sediments ordered by the Ministry of Ecology and Natural Resources of Azerbaijan were carried out in an internationally accredited laboratory SGS (Germany) on the basis of a contract with Societe General de Surveillance Azeri Ltd LLJ.

Test results from water samples taken from the Okhchuchay River revealed a high content of heavy metals on the surface, in particular iron, copper, manganese, molybdenum, zinc, chromium, nickel, etc. It was found that the concentration of hazardous substances in sediment samples is much higher than normal and the level of pollution of the river is critical.

Unfortunately, Armenia has not yet acceded to the Helsinki Convention on Transboundary Water Basins. This international document, which was adopted in Helsinki in 1992, plays the role of a mechanism for the environmentally sound management of transboundary surface and groundwaters and the strengthening of international cooperation and national measures aimed at their protection.

Taking this into account, the Ministry of Ecology and Natural Resources turned to international organizations in connection with the critical state of the Okhchuchay River, including with the aim of informing about the expected environmental risks for the river and its ecosystem due to prolonged pollution from Armenia, as well as to suppress this pollution. ...

In the letters sent in this regard to the Director of the UNEP Regional Office for Europe Bruno Pozzi and the UNECE Executive Secretary Olga Algayerova, information was provided that the Okhchuchay River is in a state of environmental crisis, and an appeal was made to take steps to curb transboundary pollution that contributes to irreversible destruction unique ecosystem of the region.

Relevant appeals were also made to the secretaries of the UNECE Convention - the secretary for the protection of transboundary watercourses and international lakes Sonja Koeppel and the secretary of the Convention on Environmental Impact Assessment in a Transboundary Context Tea Aulavuo. In addition, a letter was sent to the head of the Iranian Environment Department, Ise Kalantari, on the need for common actions to prevent this negative transboundary impact on the environment of the two countries, and it was also proposed to create a joint working group that will serve as a common solution to this problem. In addition to international organizations, the Ministry of Ecology and Natural Resources appealed to the German Bundestag, to representatives of the Greens Faction, urging them to focus on the activities of the Zangezur Copper-Molybdenum Plant, the main shareholder of which is the German company Cronimet Holding, which operates the Gajaran mine, which poses a serious threat to the environment. environment and human health. 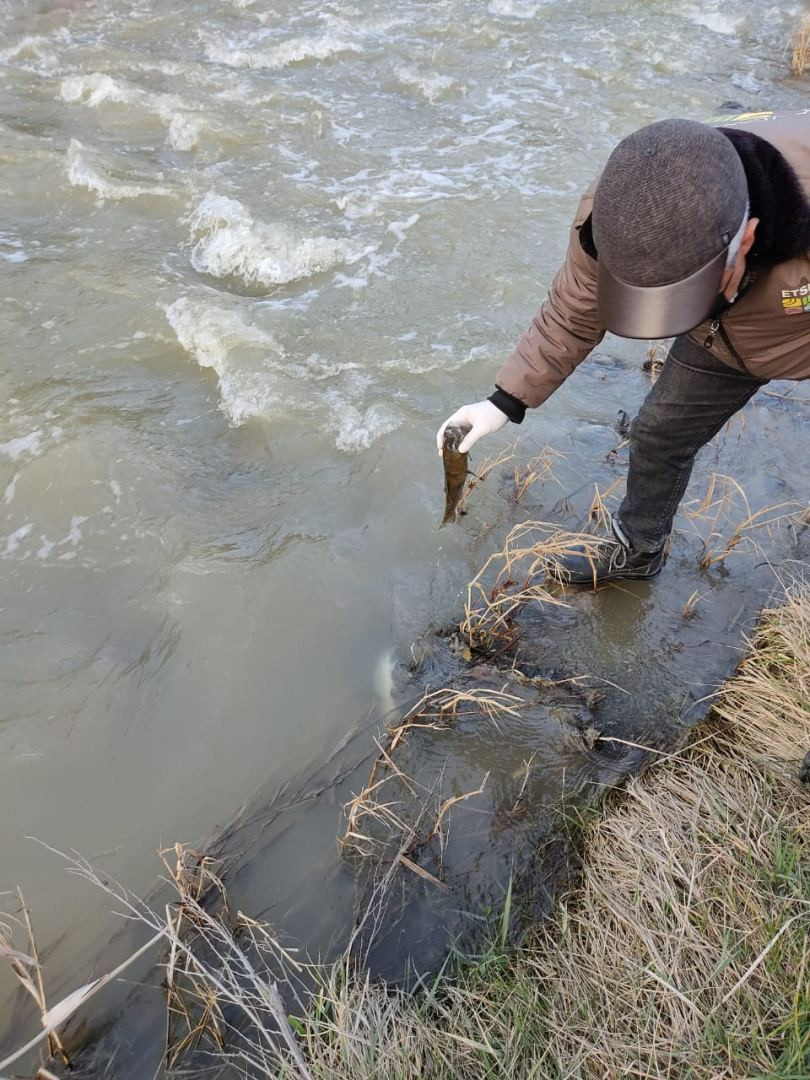 Appropriate appeals and letters were addressed to Sylvia Kotting-Uhl, Chairman of the German Bundestag Committee for the Environment, Nature Conservation and Nuclear Safety, Steffi Lemkee, Speaker of the Bundestag Committee on Environment, Nature Conservation and Nuclear Safety, and Bettina Hoffmann, representative of the Green Faction in the Bundestag.

The letters express the expectation that the German government, civil society and the public will respond to this issue as soon as possible, and provide information on the concerns of many Armenian environmental organizations about the serious pollution of the Okhchuchay River in Armenia, as well as facts from the Armenian media on this topic. ...

Emin Garabagli, Head of the International Cooperation Department of the Ministry of Ecology and Natural Resources of Azerbaijan 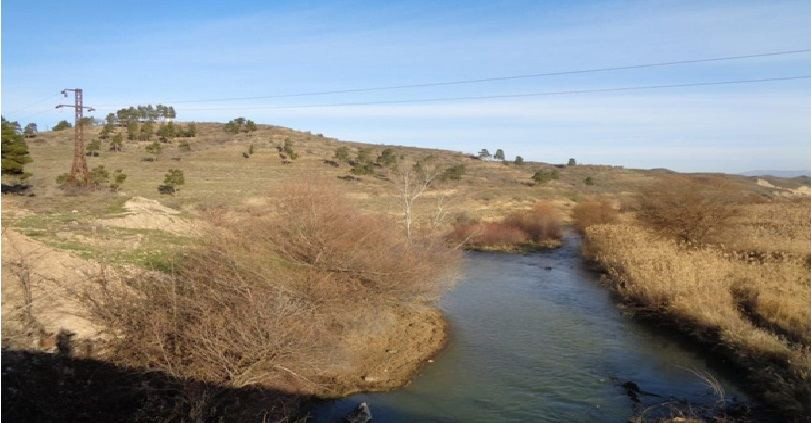