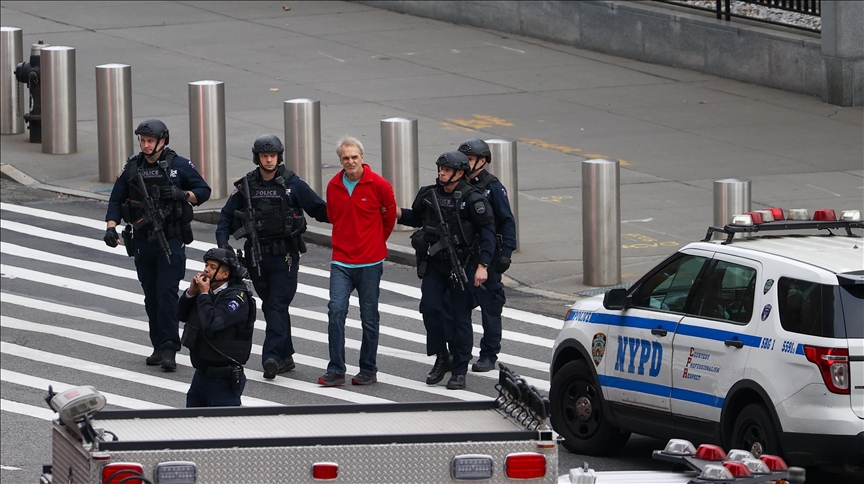 An armed man who prompted a lockdown at UN headquarters in New York is in custody, police said Thursday, AA reports.

"In regard to reports of a man with a firearm at 42nd Street and 1st Avenue in Manhattan—the individual is now in custody and there is NO THREAT to the public," the New York Police Department said on Twitter.

"Continue to avoid the area and expect delays. More information to follow when available," it added.

Anadolu Agency footage shows the man in a red jacket pointing a shotgun to his neck, with officers and snipers positioned nearby. Police can be seen talking to the man, apparently to convince him to drop the gun.

UN security issued a warning earlier to all staff, diplomats and journalists not to leave the building due to the "security situation" outside the building.