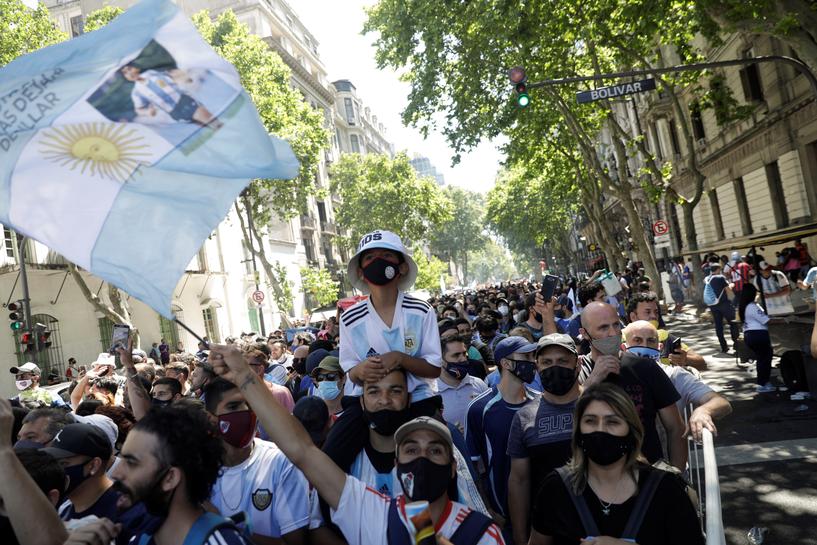 Argentine police and fans who were lined up to see the casket of soccer icon Diego Maradona clashed on Thursday as authorities moved to shut down access to the Casa Rosada presidential palace ahead of a planned 4pm (1900 GMT) shutoff for the public wake.

Images on local TV appeared to show canisters of tear gas being thrown, with riot police and others on motorbikes trying to hold back the crowd, desperate to pay respects to Maradona who died on Wednesday, aged 60.

Thousands of fans had been queuing for more than a mile through the streets of Buenos Aires since early on Thursday to see the casket, which is lying in state before a planned burial later in the evening.

“We were calm lining up and suddenly, the police started to fire rubber bullets. Crazy, I just want to say goodbye to Diego,” Rubén Hernández, 35, told Reuters.

Addressing the tensions, interior minister Gustavo Russo said that the procession with the casket would look to travel along the route where people were waiting, to allow people to say their goodbyes.