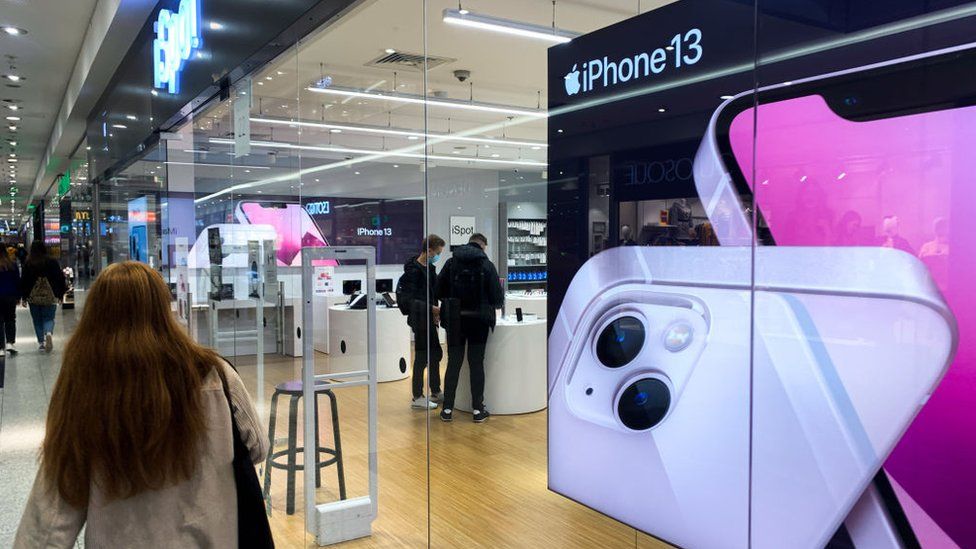 The electronic giant had expected to make 90 million iPhones in the last quarter of 2021, reported Bloomberg.

However, Apple was now having to tell its partners that the total will be lower by as many as 10 million units, sources told the business magazine.

Apple shares fell 1.2% in after-hours trading on the news.

Semiconductor manufacturers Broadcom and Texas Instruments were also down 1%, as sources said they were struggling to deliver enough chips to Apple in time.

The BBC has approached Apple, Broadcom and Texas Instruments for comment.