Anti-Semitism and neo-Nazism ‘on the rise’: What is Armenia aiming for? (ANALYSIS by News.Az) 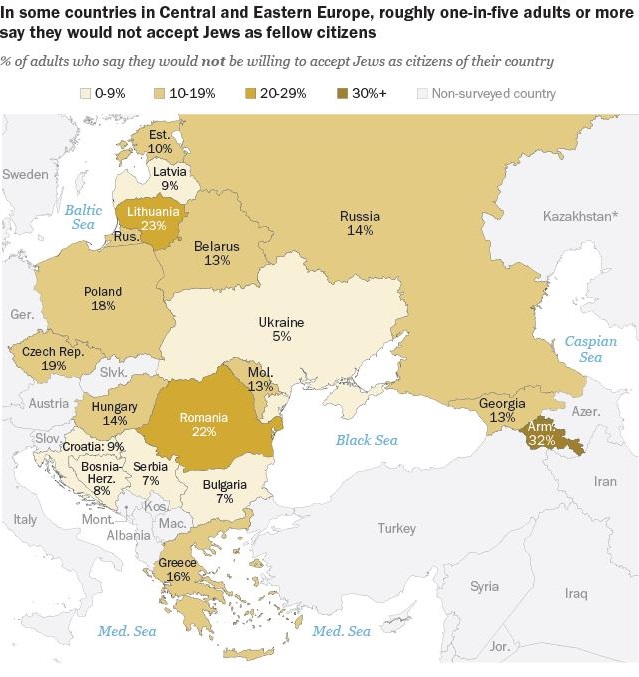 There are enough statistics that prove Armenia to be a mono-ethnic country. This fact itself indicates such factors as aggression against other nations, lack of hospitality, etc. Along with anti-Turkish, anti-Russian and other tendencies, anti-Semitism is on the rise in Armenia, which is proved by facts as well. The popularization of anti-Semitism and neo-Nazism is an integral part of Armenia's state policy. Anti-Semitism, which began to prevail in Armenia in the late 19th century and also flourished in the middle of the last century, is growing in Armenia in the 21st century. In addition, the fascist ideology, called "Nzhdeism" is included in the curriculum of educational institutions in Armenia. 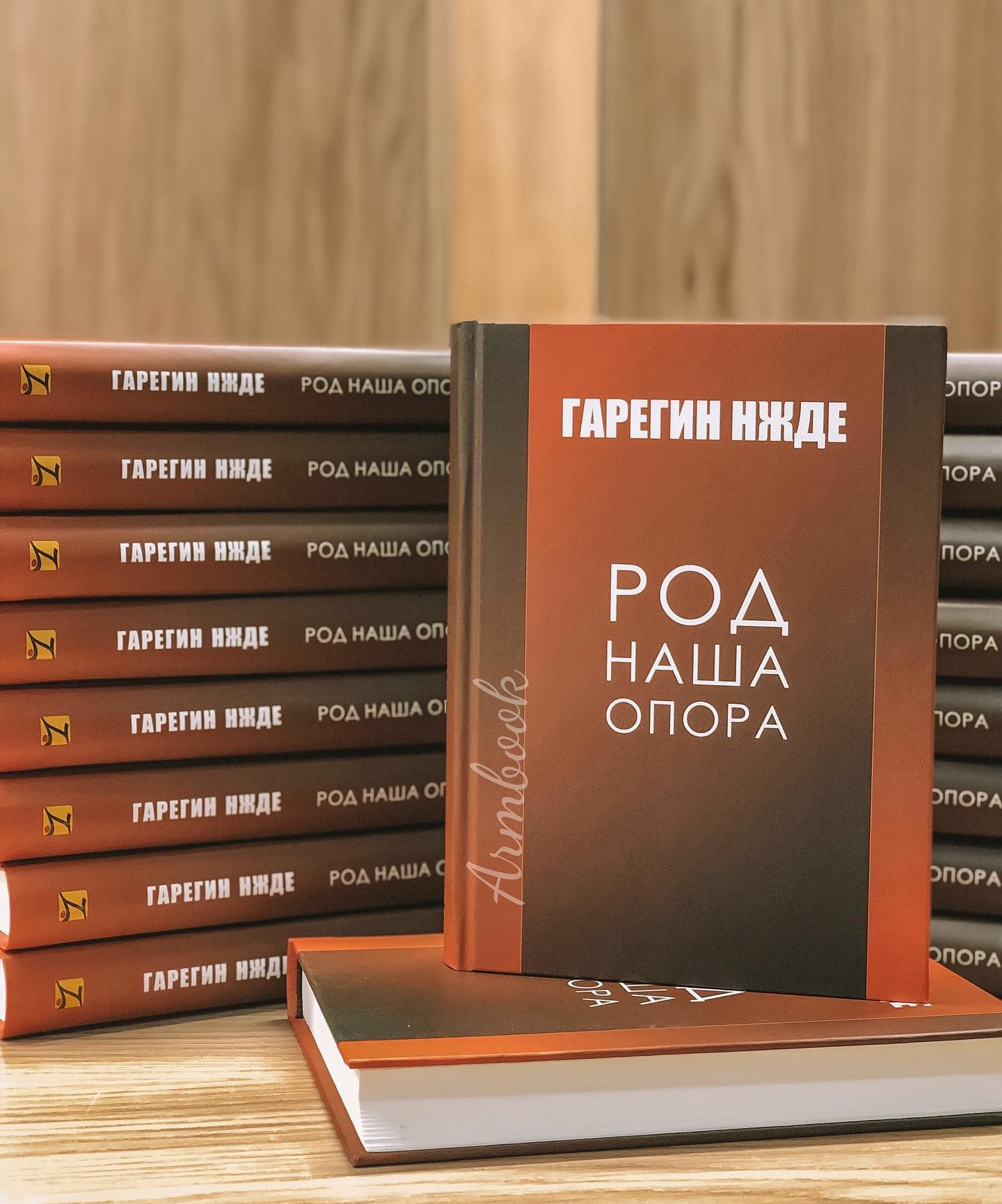 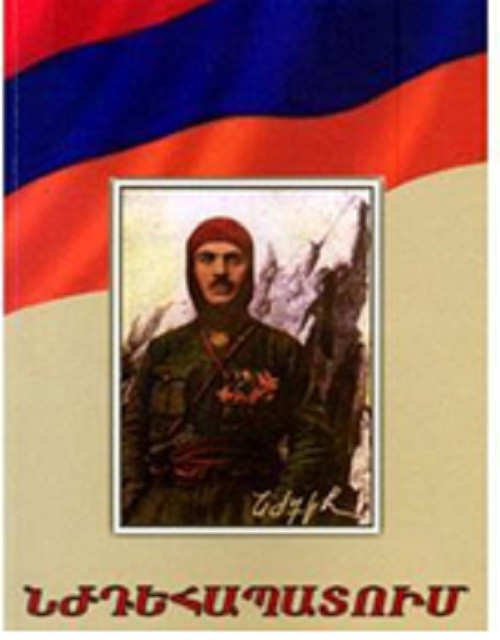 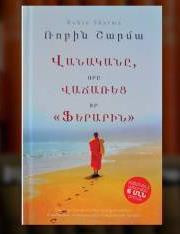 According to a 2014 Anti-Defamation League (ADL) poll, about 58% of Armenians experience anti-Semitism and similar prejudices. The poll shows that Armenia is the second-most anti-Semitic country in Europe and the third in the world after the Middle East and North Africa. A survey conducted by the US-based Pew Research Center in 2018 shows that 32 percent of the Armenian population does not want to see Jews in their neighborhood. It is possible that the situation only worsened after the Second Karabakh War.

The infographic below indicates that in Gyumri, Armenia’s second-largest city, as well as in Gafan and other 17 territorial units of Armenia, there are streets and monuments named after anti-Semitism supporters. 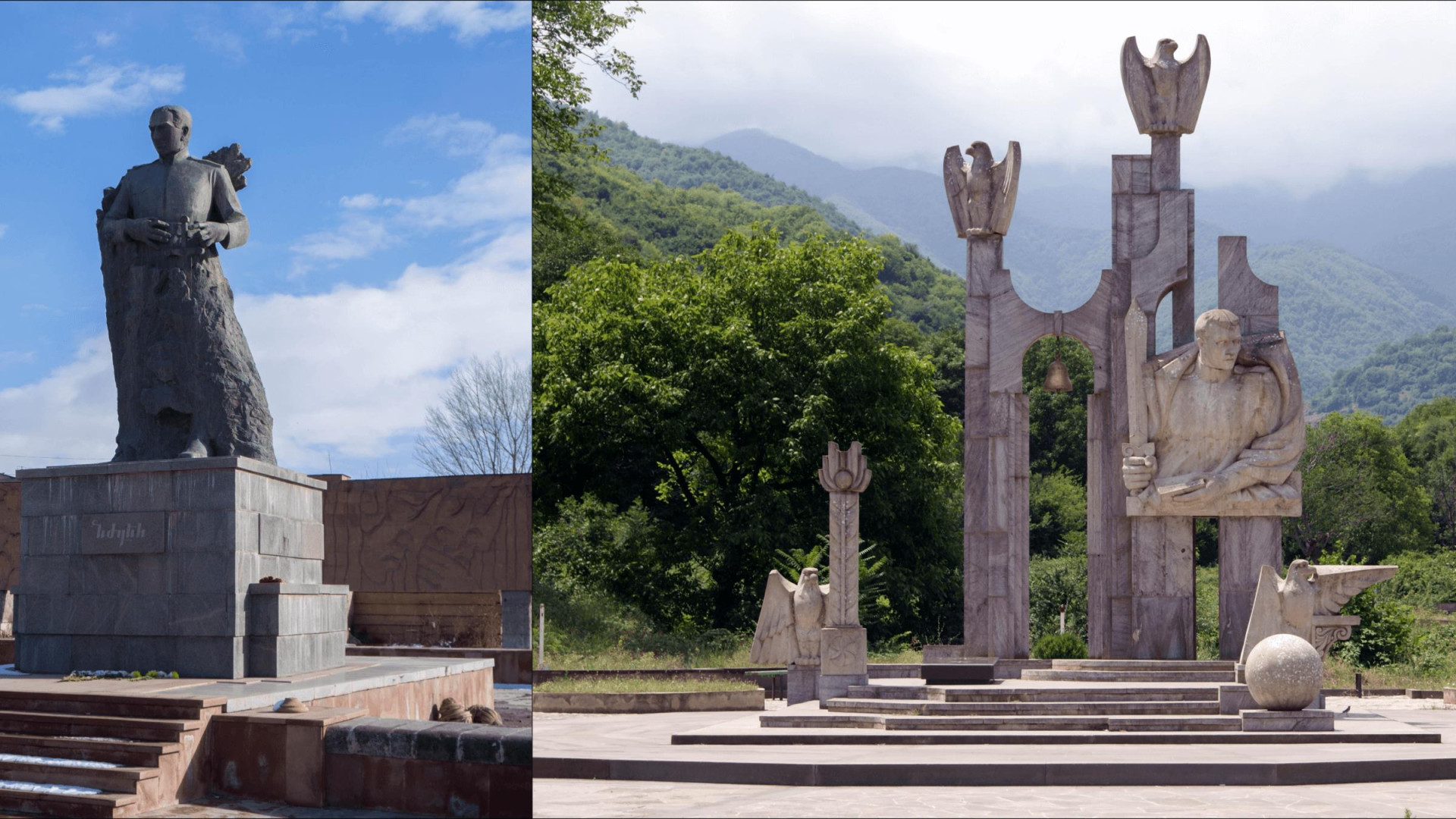 In his article on Forward.com (Nazi collaborator monuments around the world (forward.com)) Lev Golinkin says that There are some additional Nzhdeh streets except his giant monument in Yerevan,  in Agarak, Aparan, Artik, Ashtarak, Burastan, Byuravan, Chambarak, Dvin, Goris, (which also has a memorial, bottom right, and separate plaque), Mrgavan, Mrgavet, Nshavan, Sisian, Stepanavan, Vanadzor, Verin Artashat and Yeghvard. Nzhdeh also has a village named after him. 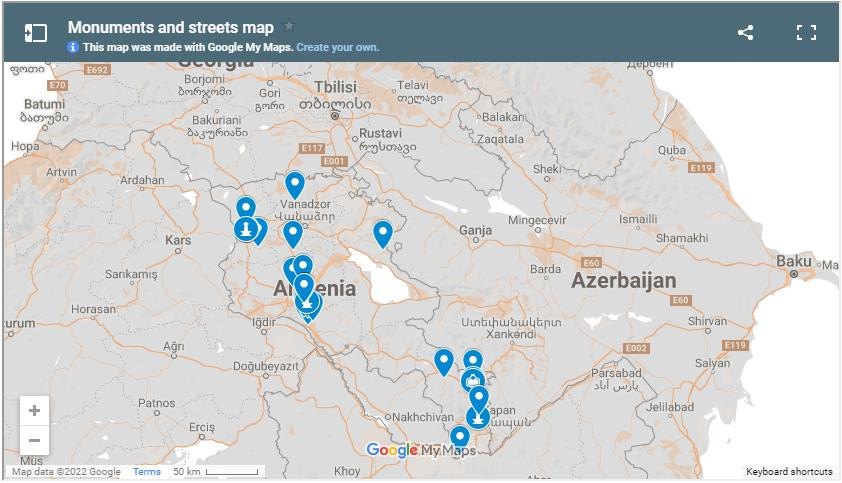 Today, places named after anti-Semites and neo-Nazis in the South Caucasus exist only in Armenia. In addition, books and press heroize Drastamat Kanayan, an activist of the armed organization Dashnaktsutyun, known by the nickname Dro.

The Israeli Ministry of Diaspora's 2020 annual report pointed to a dangerous rise in anti-Semitism. The most obvious examples are acts of vandalism, insults against the Jewish people, and the desecration of Holocaust memorials and monuments by Armenians with the words “your hands are stained with blood”. 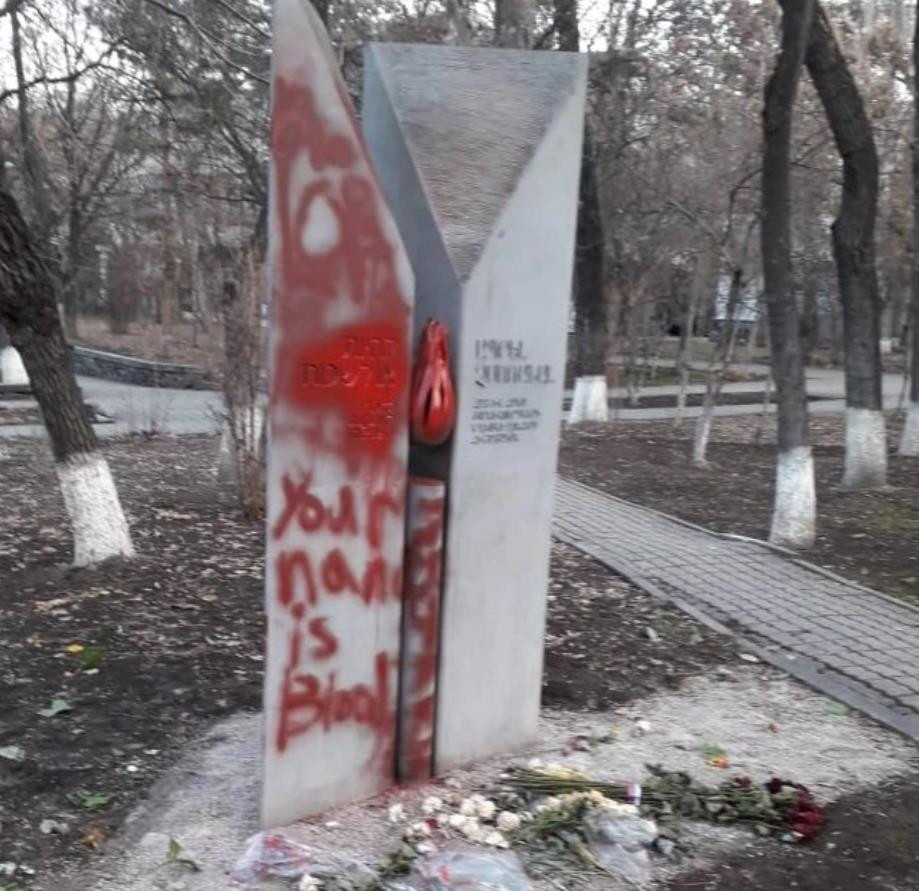 Anti-Semitic comments are also prevailing in the Armenian press. For example, the former leader of Armenia’s Aryan Union party, known for his chauvinist speeches, Armen Avetisyan, wrote an anti-Semitic article in the Iravung newspaper. In his article, Avetisyan underlined that "every country inhabited by a Jewish minority is under a great threat to stability”. In an interview with Voice of Armenia, Hranush Kharatyan, head of the Committee on national minorities and religion during the presidency of Robert Kocharyan, said the Shabbat celebration is supposedly hostile to non-Jews. Tigran Karapetyan, the owner of ALM Media, once said that “Jews are a flawed race that rules the world and that they pose a threat to Armenia”. 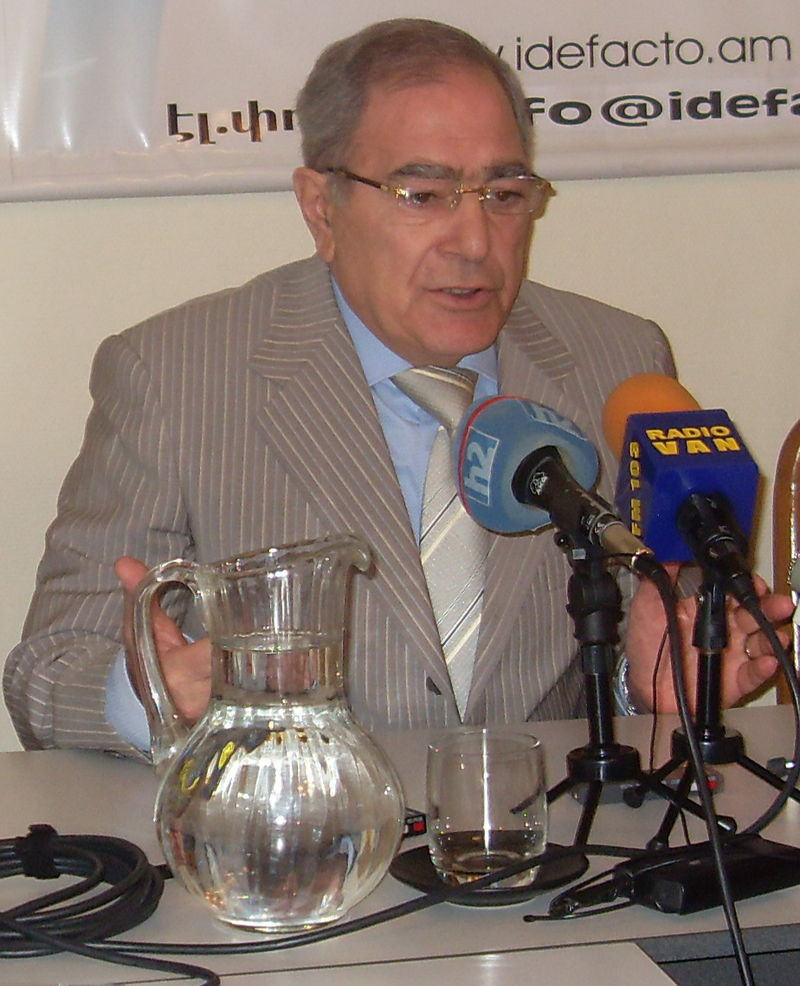 Book "The National System" by Roman Episkopiyan notes that “Jews are to blame for all the troubles that have befallen the Armenian people.” In his book, the author even calls the Turks an "assassinator nation" and the Jews a "destructive nation". In the chapter "The Greatest Fraud of the 20th Century," Episkopyan states that "the Holocaust is a myth". Despite all this, Armenia shamefully seeks the recognition by Israel of the so-called “Armenian genocide”. At a time when Armenia pins high hopes for the development of its relations with Israel, it is questionable how the Armenian government will fight neo-Nazism and anti-Semitism in a mono-ethnic country. Or do they really want to fight ....