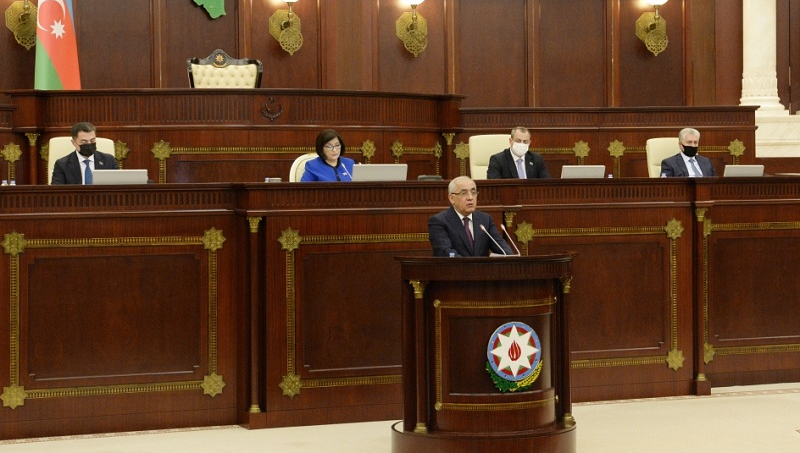 Anti-inflationary measures are now one of the priorities of the Azerbaijani government’s economic policy, Prime Minister Ali Asadov said at a parliamentary session on Tuesday, a correspondent of News.Az reports.

PM Asadov on Tuesday presented a report of the Cabinet of Ministers for 2021 at a plenary session of the Milli Majlis (parliament).

He noted that the external factors of inflation become more active in Azerbaijan last year. “In 2021, the average annual inflation in our country compared to the previous year amounted to 6.7 percent, and 12-month inflation was 12 percent,” the premier said.

PM Asadov also stressed that food inflation amounted to 60 percent of the general inflation in 2021.

“Anti-inflationary measures are one of the priorities of the Azerbaijani government's economic policy and is aimed at minimizing the impact of inflation on the population,” he added.