Another round of Russia-Ukraine talks begins 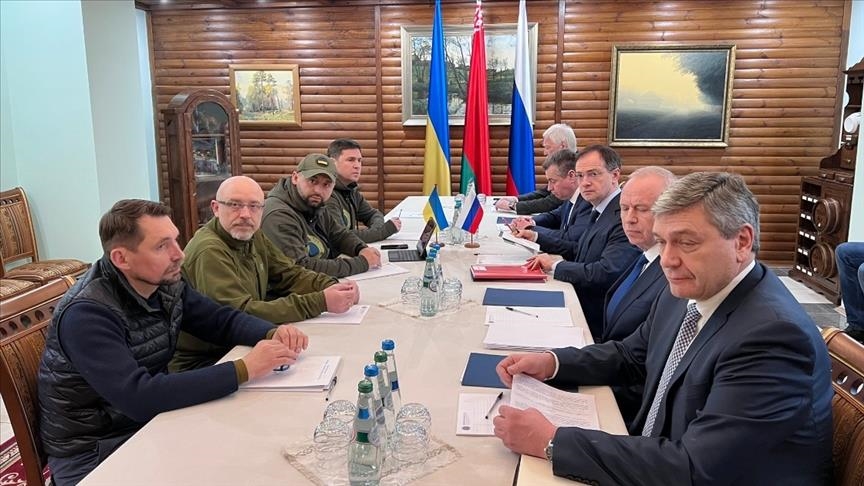 The fourth round of negotiations between Ukraine and Russia has started, Kyiv’s lead negotiator Mykhaylo Podolyak tweeted, News.Az reports.

“Negotiations. 4th round. On peace, ceasefire, immediate withdrawal of troops & security guarantees. Hard discussion. Although Russia realizes the nonsense of its aggressive actions, it still has a delusion that 19 days of violence against Ukraine’s peaceful cities is the right strategy,” Podolyak, the adviser to Ukrainian President Volodymyr Zelenskyy, said on Twitter.

Kremlin spokesman Dmitry Peskov earlier told Russian media that the next round of talks between Russia and Ukraine to achieve a cease-fire is scheduled for Monday.

The talks were underway in a bid to end the war, which began on Feb. 24.

A high-level tripartite meeting between Turkiye, Ukraine and Russia was held Thursday on the sidelines of the Antalya Diplomacy Forum in southern Turkiye to reach a lasting peace.