Another container train arrives in Azerbaijan from China 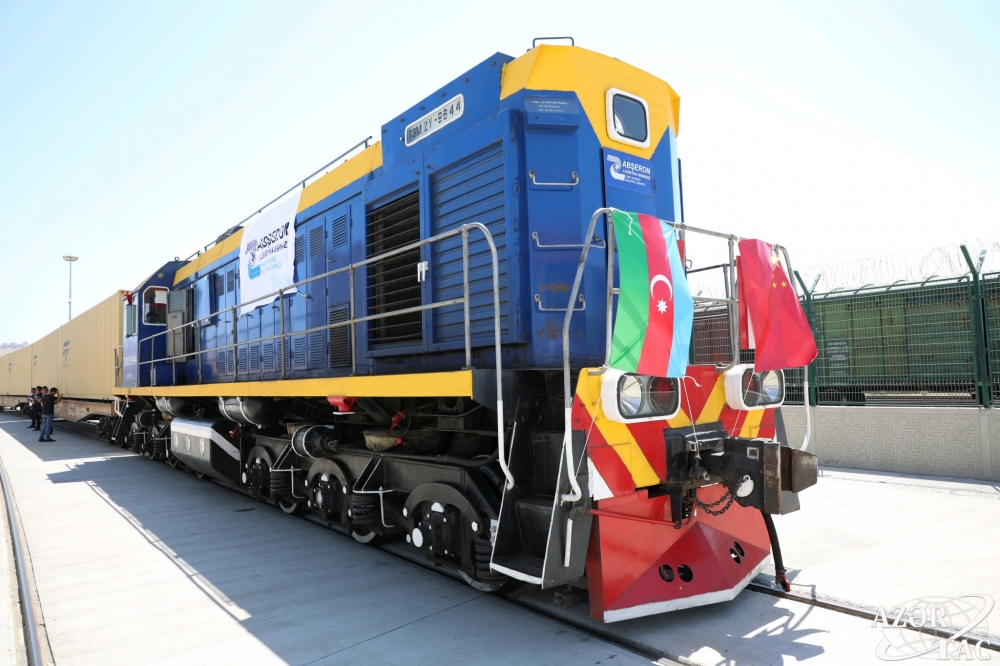 With the support of the Trade Representation of the Ministry of Economy of the Republic of Azerbaijan in China, ADY Container has launched a new cooperation with this country.

Thus, with the support of the Trade Representation of the Ministry of Economy in China, an agreement was signed with Xi’an Free Trade Port Construction and Operation Co. for the transportation of goods in containers on the Trans-Caspian International Transport Route. Under the agreement, the next container block train was delivered from Xi’an to Baku.

The train left China on December 6. Due to weather conditions, there was a delay of several days in the delivery of containers to Baku from the port of Aktau across the Caspian Sea. A train consisting of 50 containers, each 40-foot, carrying various freight to Azerbaijan, arrived in Baku on December 29. The containers were brought to Baku port by the Caspian Shipping Company’s “Garadagh” feeder ship.

Under the agreement, cargo transportation by containers from China to Azerbaijan, Georgia and Turkey will be carried out on regular basis in 2022.

It should be noted that cooperation with Chinese companies has expanded in April 2019 in Beijing within the “One Belt and One Road” initiative, after the Strategic Cooperation Agreement in the field of transport and transit reached with Azerbaijan Railways.