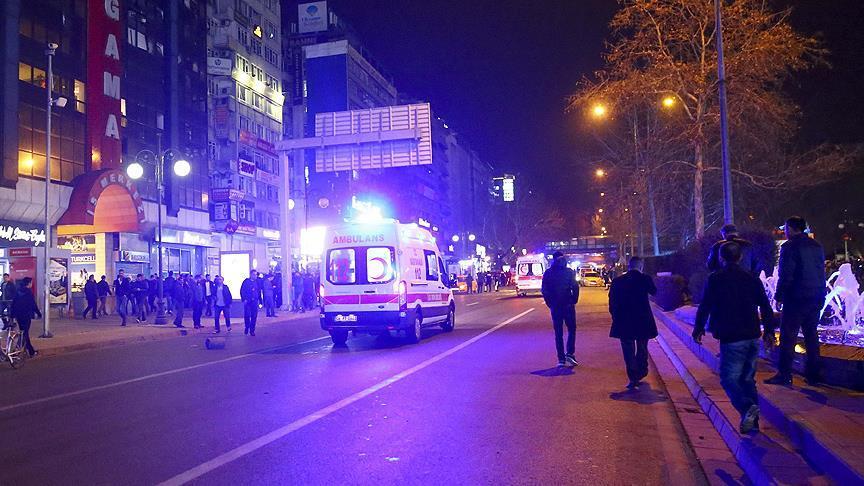 Eleven of the 55 suspects in a probe into last March's deadly car bomb attack in the Turkish capital could face life in jail, according to an indictment sent to Ankara's 4th High Criminal Court on Friday, according to Anadolu Agency.

Responsibility for the March 13 suicide bombing that hit a major public transportation hub in Ankara’s central Kizilay neighborhood, leaving 36 people dead and 349 others wounded, was claimed by TAK -- a terrorist group affiliated with the PKK, listed as a terrorist organization in Turkey, the U.S. and EU.

Five of the suspects, who are among the senior members of the PKK, face 37 times aggravated life imprisonment for disrupting the unity and territorial integrity of the state, and killing 36 people.

They also face a prison sentence of up to 7,646 years each on charges of attempting to murder 349 people, damaging property and possession of dangerous substances.

Moreover, prosecutors seek life imprisonment for six other suspects for disrupting the unity and territorial integrity of the state, while five suspects face up to 15 years in jail for being members of an armed terrorist organization.

More than 1,200 people, including security force personnel and civilians, have lost their lives since the PKK resumed its decades-old armed campaign in July 2015.