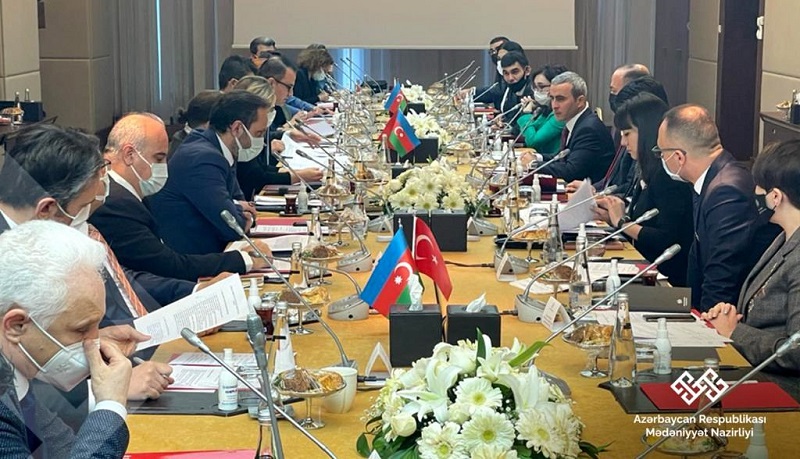 An Azerbaijani delegation headed by Minister of Culture Anar Karimov is on a visit to Turkey.

A meeting of the Joint Azerbaijani-Turkish Commission on Culture was held in Ankara on March 1, the Ministry of Culture told News.Az.

The discussions were held in the field of cultural heritage, libraries, music, theater, museums, cinema, etc., as well as the issues of cooperation, which were agreed upon at the meeting.

The program of the visit, which will last until March 3, includes the meetings of Azerbaijani Minister of Culture Anar Karimov with Turkish Minister of Culture and Tourism Mehmet Nuri Ersoy and other officials, the discussions on cooperation in various spheres of culture, signing of documents, participation in the opening ceremony of the book exhibition and photo exhibition dedicated to the 880th anniversary of the birth of genius Azerbaijani poet and thinker Nizami Ganjavi, as well as in other events.

During the visit, Karimov is expected to meet with Azerbaijani culture and art figures living in Turkey.