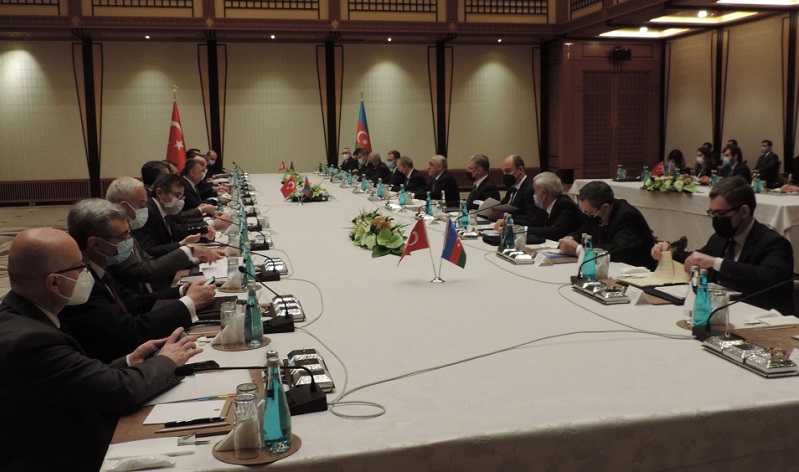 Ankara has hosted a meeting of the Azerbaijan-Turkey Intergovernmental Commission on Economic Cooperation.

A number of documents on mutual cooperation were signed at the meeting.

The Turkish Vice President and the Azerbaijani Prime Minister then made press statements.