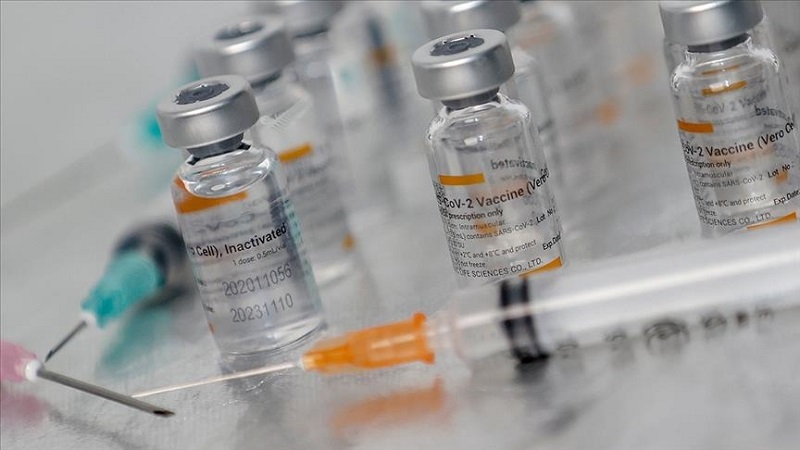 The European Commission has created a task force to manage COVID-19 vaccine supplies, an official said on Friday.

Manufacturing coronavirus vaccines is an “industrial process that can always be impaired by unforeseen factors,” chief spokesperson Eric Mamer said at a daily briefing.

This is why the European Commission has created a task force that will prepare for future challenges and work on the bloc’s biodefense policy in cooperation with pharmaceutical firms, he explained.

Thierry Breton, the European commissioner for the internal market, will chair the group, he added.

The spokesperson referred to Ursula von der Leyen’s interview to European news organizations on Thursday, in which the head of the European Commission admitted that the EU underestimated how difficult it would be to manage supplies of COVID-19 vaccines.

“A start of vaccination does not mean a seamless flow of vaccine doses coming from the industry. This is a bitter learning part, and this we certainly have underestimated”, von der Leyen said, according to news outlet Politico.

She warned that “we have to be prepared to have shortages of raw materials or components in our worldwide supply chains,” stressing that “this should not be underestimated.”

She said the commission expects to receive around 100 million vaccine doses in the first quarter of the year and 300 million more in the second.

Earlier this week, US pharmaceutical company Pfizer and its German partner BioNTech announced they would deliver an additional 75 million doses to the EU by the summer and up to 600 million in total this year.

On Sunday, UK-based firm AstraZeneca also agreed to deliver 9 million more jabs to the bloc during the first three months of the year, making it 40 million doses for the period.

This came as a sign of reconciliation after last week’s dispute between the EU’s executive body and vaccine producers.

The companies were criticized after they announced delays in vaccine shipments, with top EU officials arguing that the bloc financially contributed to their research to make sure that they received the jabs first.

As a result, the European Commission introduced a transparency and authorization mechanism for coronavirus vaccines produced in EU countries.

Under the new rules, before giving export authorization for COVID-19 jabs, member states will have to notify the commission whether a company completed vaccine deliveries within the bloc on time.

The EU, which has a population of some 450 million, signed advance purchase agreements with six vaccine producers – Pfizer-BioNTech, Moderna, AstraZeneca, CureVac, Johnson & Johnson, and Sanofi/GlaxoSmithKline – for about 2.3 billion vaccine doses.

The European Commission’s vaccine strategy aims for EU member states to immunize at least 70% of their adult population by this summer.