Ambassador: Belarus chose SOCAR as one of its most reliable partners 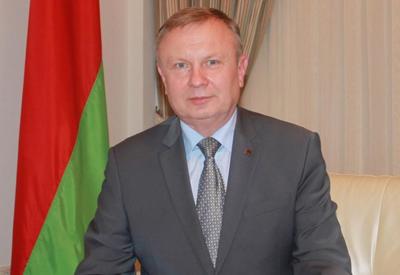 "As one of the most reliable partners in the oil industry, we also turned to the State Oil Company of Azerbaijan (SOCAR), with which Belarusian enterprises have long-established ties."

The due statement came from the Ambassador Extraordinary and Plenipotentiary of Belarus to Azerbaijan, Gennady Akhramovich while commenting on the supply of Azerbaijani oil to Belarus in an interview to News.Az.

He noted that against the background of unprecedented turmoil in the world oil market, the implementation of these Belarusian-Azerbaijani agreements has become mutually beneficial for both sides.

"At the end of December 2019, as a result of a comprehensive analysis of world trends, the Republic of Belarus decided to diversify the markets for oil purchases to ensure the stable operation of Belarusian refineries. On March 2, during a meeting of SOCAR President Rovnag Abdullayev with Prime Minister of Belarus Sergei Rumas and the leadership of Belneftekhim in Minsk, positive agreements were reached and appropriate contracts signed," said the ambassador.

The diplomat also recalled that SOCAR had stated its readiness to supply Belarus with about 1 million tons of oil by the end of 2020.

In addition, in March-April of this year, four oil batches with a total volume of about 4 million barrels were delivered from Azerbaijan through Odessa-Brody pipeline to Mozyr Oil Refinery.