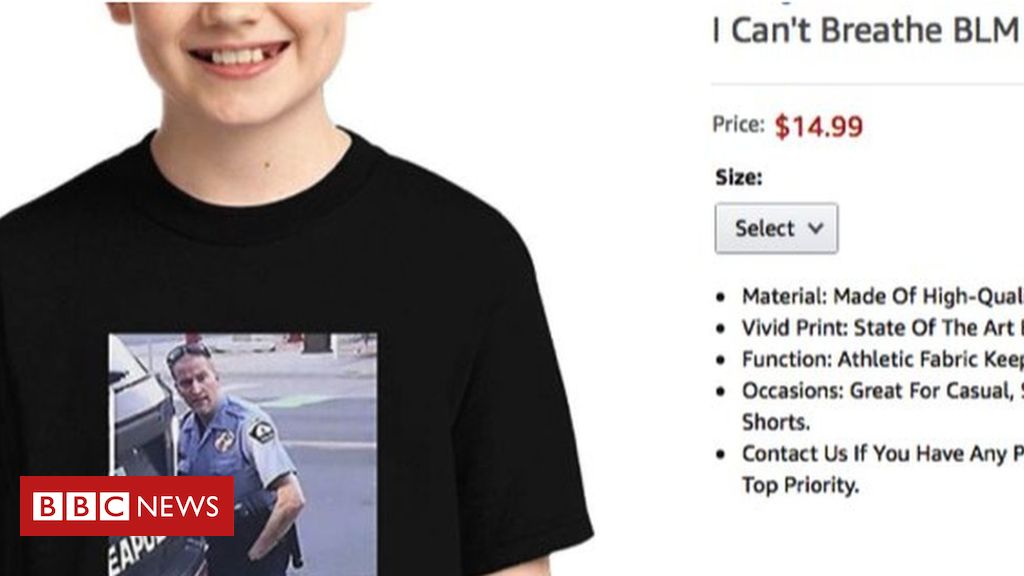 Amazon has removed a children's T-shirt which used an image of a policeman kneeling on the neck of George Floyd from its US store, BBC News reports.

In a statement to the BBC, Amazon said that the account was being "investigated".

The item was on sale alongside other clothing promoted by the same vendor that was targeted at supporters of the Black Lives Matter movement.

It was flagged to the BBC by an Amazon employee who questioned how tasteful such an item of clothing was.

While the original listing is now offline, other examples of t-shirts and baseball caps featuring the same photo above the slogan "against violent law enforcement" can still be found on Amazon's US site. They are however marked as being out of stock.

In a statement to the BBC, Amazon said: "All sellers must follow our selling guidelines and those who do not will be subject to action including potential removal of their account."

"The product in question is no longer available."

The death of George Floyd - the African American killed in police custody in Minneapolis last month - has sparked protests around the world. Four police officers involved have been sacked and charged over his death.